Hard-Hitting Reasons for Giving up Soda for Girls Who Aren't Convinced Yet ...

The news isn’t good for the diet soda industry. In March 2016, Fortune Magazine reported that soda sales are at a 30-year low, following a consecutive 11 year decrease. Their statistics show that the decline in sales of diet soda is much bigger than for regular soda. This is seen to be indicative of the public's growing skepticism about artificial sweeteners. The report also noted that there was a significant increase in the sales of bottled water. So why are Americans turning their back on diet soda? Should you be following the trend?

1 Give up Diet Soda to Revive Your Taste Buds

Frankly, savoring a really delicious meal or your favorite ice-cream to the full are sufficient reasons to give up diet soda. This is not one of those "old wives' tales." You really can revive your taste buds by cutting out your usual soda chaser. Eating and drinking anything will be more enjoyable and you'll be able to taste far greater flavors in all their subtle shades. The artificial sweeteners in diet soda typically give our taste buds such a blast of sweetness, they become quite numb. For example, Splenda ranks 600 times sweeter than ordinary table sugar. According to studies, brain scans reveal that diet soda affects the sweet receptors in the brain and rather than satisfying our sugar cravings, it prolongs them.

That bit about the sweetener being sweeter than sugar and stimulating your sugar cravings should have told you that quitting diet soda consumption should help you reduce weight. Diet soda may have become your drink of choice because you were dieting, but a recent 9-year study revealed that older adults consuming diet soda regularly kept piling on belly fat rather than losing it. This study followed on from research that discovered each diet soda consumed per day increases the chance of a person becoming obese in the next ten years by 65%. You can also count on high blood pressure and high triglycerides, which lead to diabetes and heart disease, if you continue guzzling diet soda every day. 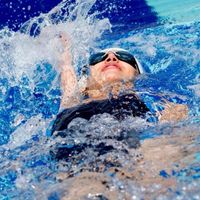 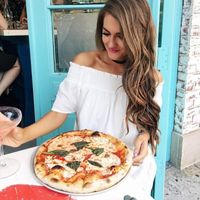 Awesome Tips for All Food Tourists out There ...

As soon as you stop pouring diet soda down your gullet every day, you'll find there are no headaches or withdrawal symptoms of any kind. Quite the reverse, you'll feel your head's much clearer. Chemicals contained in the artificial sweetener Aspartame may be responsible for changing our brain chemicals, nerve signals and our brain's reward system. This in turn leads to insomnia, anxiety and headaches, according to a report in the "European Journal of Clinical Nutrition."

4 Change Your Attitude toward Food Consumption

Diet soda's "no-calorie status" is a dangerously misleading thing, for it persuades many people that it's fine to munch whatever food they fancy. Diet-soda-guzzlers often make poor eating choices, choosing burgers and fries, potato chips or cake over lettuce, tomato, apple and co. They are misguided into thinking they can afford the extra calories since their diet soda is calorie-free. Go cold turkey and break the junk food habit together with your diet soda habit!

For females, two of the most important reasons to give up diet soda are undoubtedly weight loss and improving bone strength. Women exceeding age 30 are prone to developing brittle bones. Cutting out diet soda is one of the best ways to enhance bone strength and reduce the risk of fractures due to brittle bones. One study reported that older women who drank cola regularly had lower mineral density in their hip bones, while a 2014 study revealed that daily soda intake increased the chance of hip fracture by 14% for postmenopausal women.

Diet soda gets you drunk faster! According to an Australian study published in the "American Journal of Medicine," when you use diet soda as your mixer, your stomach is stimulated to empty faster than if you used regular full-sugar soda. This causes a drastic spike in blood alcohol concentrations, made worse if your diet soda contains caffeine. It might also lead to an attack of the munchies, which rarely goes hand in hand with healthy eating. Use club soda instead, if you must have a sugar- and calorie-free mixer.

Reducing the risk of diabetes and fat storage are two of the most compelling reasons to give up diet soda. A study published in "Diabetes Care" revealed that drinking ⅔ of a can of diet soda before eating a meal stimulated the pancreas to release a glut of insulin – known as the fat-storing hormone. As soon as the pancreas is too busy creating insulin instead of controlling blood-sugar levels, diabetes strikes.

If you want to give up soda or diet soda you will be part of the shift which has led the Beverage Marketing (via the WSJ) to predict that by 2017, the sales of water will bypass soda to become the US’s beverage of choice. Are you ready to give up diet soda?

fitness
7 Exercises to do in Water ...
skincare
8 anti-aging Diet Tips ...
fashion
Colored trench coat
parenting
7 Hints to Help You Survive Pregnancy in Warm Weather ...
food
Awesome Tips for All Food Tourists out There ...

Why is turkish food so good ...
Making out on his lap ...
What color shirt makes you look tan ...
Why gluten free ...
What is gamma phi beta known for ...
What should you wish for ...
What to eat to avoid gluten ...
Why are girls so judgemental ...
What draws a teenager to a crush ...
How to mark your territory on your girlfriend ...