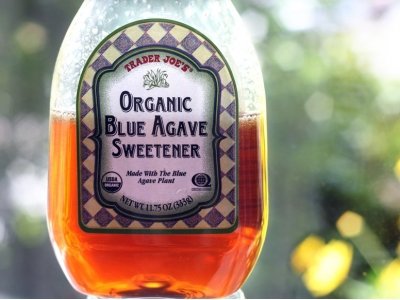 Although it is often touted as a health food, there are some very good reasons to avoid agave. Agave is a syrup that is made from processing the core of the agave plant. It is a very processed sweetener that is often found in health food stores and has been promoted for its low glycemic index. However, despite its low glycemic index, even the American Diabetic Association lists it as a food to avoid or limit. The truth is, agave is a sweetener that is not any healthier than high fructose corn syrup. Because it is a processed sweetener, you should be aware of the reasons to avoid agave.

Agave is extremely high in fructose, with some syrups having as much as 90 percent fructose. Fructose is a sugar that can cause a lot of problems if eaten in access. Unlike glucose, the body can not readily use fructose. It has to be converted in the liver into glucose. Once converted, fructose often ends up being stored as fat, which is the reason high fructose foods can lead to obesity. Fructose is also known to lead to type 2 diabetes. In addition to diabetes and obesity, fructose has been shown to cause problems for people with irritable bowel syndrome. Often, people with IBS cannot absorb fructose properly and end up having gastrointestinal complaints when they consume fructose. With this laundry list of problems, it is clear that the high fructose content is one of the major reasons to avoid agave.

Saponins are chemicals that naturally occur in a variety of plants including alfalfa, beans, red onions, oats, quinoa, and agave. Usually, saponins do not cause problems and have actually been shown to have health benefits, especially through their ability to lower cholesterol. However, some people are very sensitive to saponins. People who are sensitive to saponins get very upset stomachs, and will usually vomit and have diarrhea. While not everyone will have this problem when they consume agave, it is something to be aware of, especially if you find yourself having gastrointestinal problems when you consume a fair amount of agave.

There are some studies that suggest consuming foods with high levels of fructose, like agave, can lead to mineral deficiencies. Fructose can decrease copper metabolism, which over time results in decreased collagen production. Copper isn’t the only mineral that is affected by fructose. Deficiencies in iron, magnesium, calcium, and zinc can also occur with excess fructose consumption. While there are trace amounts of some minerals in agave, it is not enough to offset the deficiencies. To avoid mineral deficiencies, choose sweeteners like grade b maple syrup and unsulfured molasses. These sweeteners are actually very high in certain minerals and don’t interfere with mineral absorption.

Although agave production varies from company to company, many companies use chemical processing methods. The chemicals used include activated charcoal, cationic and ionic resins, sulfuric acid, hydrofluoric acid, dicalcite, and clarmix. Additionally, when agave is heated in the processing method a compound called hydroxymethylfurfural, HMF, is formed. HMF is a toxic compound that is mutagenic and carcinogenic. For long-term health, you should try to avoid these toxic chemicals and stick to sweeteners that are much less processed, like raw honey.

Because fructose must be converted into glucose in the liver, the liver is placed under extra stress when agave is consumed. This stress can be hard on the liver. Also, often the fructose is turned to fat, which is deposited on the liver. Over time, these fatty deposits can lead to fatty liver disease. Your liver is a vital organ that is responsible for more than 500 functions, including breaking down harmful substances. You want your liver to be as healthy as possible, and consuming foods, like agave, that are high in fructose can be very harmful to your liver.

Weight gain is just one more consequence of consuming the fructose in agave. The fat that is created from fructose is not just deposited on the liver; it is stored all over your body and contributes to weight again. Fructose also impairs your body’s normal appetite and metabolism. This results in you becoming hungrier and eating more often, further contributing to weight gain.

Unfortunately, agave is often promoted as a healthy alternative to sugar. However, agave is no healthier than sugar and in some cases is actually more damaging. I always recommend sweeteners like raw honey, grade b maple syrup, molasses, and stevia as sugar alternatives. Each one of these has their own unique benefits and are much better options than agave. What is your favorite sweetener?