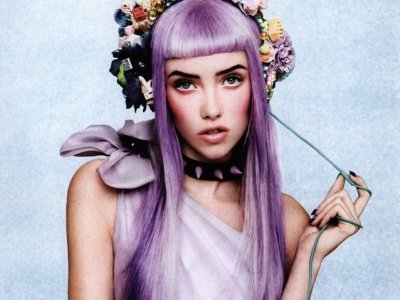 It’s important to know facts about the nervous system because it affects every one of us. Plus, you gain so much appreciation for how your body works to take care of you without a second thought. Our bodies are programmed in a way to send messages from cell to cell to get the best result. So here are some facts about the nervous system that I think everyone should know.

An interesting fact about the nervous system is that it is divided into two main parts. The central nervous system (CNS) is comprised of the brain and the spine. I like to remember this by its central location in my body. The CNS is in charge of bringing messages from the body to the brain and back to the body.

The second part of the nervous system is the peripheral nervous system (PNS). The PNS deals with all the messages from the organs, muscles, and other parts of the body to the CNS so that the brain can register the message. For example, the PNS fires the message from your hand to your brain that the stove is hot and the CNS releases the command to pull your hand away.

The PNS is divided into two parts, the first of which is the autonomic nervous system (ANS). Some bodily functions are not voluntary, such as the beating of your heart and the rate of your digestion. You can’t control your heartbeat or tell your stomach to digest faster. Involuntary functions like these are part of the ANS. The benefit of the ANS is so that you don’t need to remind yourself to breathe or else you would die.

The somatic nervous system (SoNS) deals with voluntary movement, such as your arms and legs. You can tell your leg to move forward. Granted, it’s more of sending a message to move forward than asking it to. But the benefit of the SoNS is that the muscles and bones are connected and work together for fine motor movement. Cool, right?

Neurons carry the messages from cell to cell in the nervous system. Neurons are made up of a dendrite that accepts the message from the previous cell, sends it through the cell body so that the cell receives the message, and directs the message down the axon so that it can jump over the synaptic gap to the next cell’s dendrite. An easy way to visualize this is by thinking of the game “Whisper Down the Lane.” Just as each person turns to tell the message they heard to the next, so too does the message travel from neuron to neuron. I find it incredible that our body can do this so fast.

When your nervous system is compromised, you may develop diseases. The myelin sheath coats the axon in each neuron for protection and to speed up the delivery time of the message. When the myelin sheath is frail or unable to perform its function, then you develop Parkinson's. Other common nervous system diseases are ALS, Multiple Sclerosis and Huntington’s disease. It’s important to stay clear of infections that can affect the nervous system, such as meningitis, because it could be fatal.

7. Sides of the Brain

Each side of the brain affects one side the body. The twist comes in because it affects the opposite side of the body. For example, if you need to move your right hand, the left hemisphere of your brain sends the message. Sometimes this fun fact about the nervous system slips my mind but it does affect us in many ways. If you have a stroke on the right hemisphere of your brain, then the left side of your body will be affected.

The nervous system is pretty complex. I hope that learning the basics about the nervous system and how it works helps you appreciate more what your body does to perform actions from walking to breathing. What did you learn?