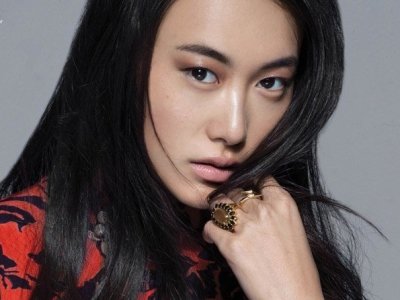 Have you ever heard that the eyes are the windows to the soul? The phrase is actually pretty accurate. The direction that one is looking while thinking can tell you what’s going through their mind. If they’re looking up, they’re trying to recall a scent. If they look to their lower left, they’re thinking about their feelings. One of the things every woman should know about her body is that her eyes can give her away.

There are certain days of the month when your pain levels are higher. Oprah.com says that, “Barnes-Svarney suggests scheduling your [dentist appointments] during the last week of your menstrual cycle (days 23 through 28), when estrogen levels are lowest." Why not test this theory? No one wants to be in more pain than they need to be.

Do you ever feel cold after you finish eating a big meal? It’s a common occurrence that is due to digestion. Nora Saul from healthywomen.org says, “During digestion blood is directed away from the muscles and tissues and toward the digestive system.” Your blood is too busy tearing apart the food you ate to keep you warm. Always be prepared when you go out for dinner, and bring a jacket, even if the day is warm.

Don’t fret when your hairbrush pulls out a few strands of hair. According to icantseeyou.typepad.com and various other sources, “Every day the average person loses 60-100 strands of hair.” Of course, if you’re losing large clumps of hair suddenly, then you should see a doctor. You don’t want to ignore a possible medical condition. However, if you’re only losing a few strands, don’t worry. Your gorgeous locks aren’t in danger. It’s just natural.

We rarely pay attention to our blinking, because it’s something we’re constantly doing. But did you know there’s a common belief that women blink more than men? Mnn.com claims that, “Although the ‘women blink more’ rumor is difficult to back with scientific fact, it’s popularly believed that female blinkers are more prolific than their male counterparts, blinking twice as much.” People also claim that women on the pill blink more than women who aren’t on it. Pretty interesting, huh?

Although gender is a complicated thing, studies show that women listen with both sides of their brain while men tend to listen with only their left side. Oprah.com reports that, “Researchers at the Indiana University School of Medicine used fMRI machines to monitor brain activity while men and women listened to a passage from a John Grisham novel.” The researchers discovered that men use the side of their brain related to listening and speech. Meanwhile, women also use the side of the brain associated with creativity.

Everyone suffers from stress, but you can’t let it take over your life. Patients.dartmouth-hitchcock.org says, “It is estimated that more than 90% of illness is either caused or complicated by stress.” When you’re too stressed out, your body doesn’t function properly. It loses its ability to fight infection as well, and it can cause fatigue. Although it’s impossible to avoid stress altogether, you can learn to calm yourself down so that your body doesn’t shut down.

It’s amazing how little we know about the bodies that we inhabit. There’s so much to learn! Are there any other interesting facts about the human body that you can share?