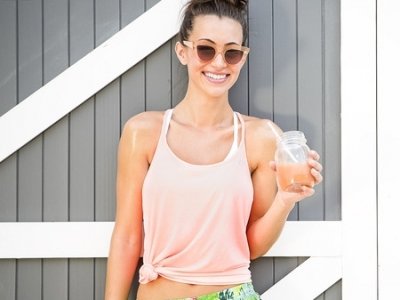 With labels filling with food ingredients you should avoid, simple shopping has become a daunting task. Most of the food we eat is processed, which means it has been manufactured to include unhealthy additives like high-fructose corn syrup and MSG. Everyone knows of these repeat offenders—unfortunately, the rabbit hole goes deeper. Keep reading if you want to learn more about the less-publicized food ingredients you should avoid.

It can be natural or artificial, neither is good for you. The only distinction between these two food ingredients you should avoid is their price. Natural flavors are costlier than artificial ones because they sound healthier and require more work to obtain. Regardless, it’s still the same compound either way. These flavors usually aren’t too harmful alone, but it raises the question: why are they needed? Chances are they’re masking something harmful and bitter on the ingredient list.

Have you imagined what food would look like if it wasn’t dyed? Processing food often strips it of color, hence the use of petroleum derivatives like Blue No. 1, Red No. 40, and more. However, studies have shown that such colorings can agitate allergies and possibly induce cancer. Also, be wary of a coloring known as carmine—it’s bug powder used to make food red. I’d prefer the petroleum-based dyes over that!

Many have heard about the dangers of trans fats—but don’t forget about the others! Just because it ends with "oil" doesn’t mean these compounds are better than the feared trans fat. Palm oil is particularly deceptive because it’s used as a trans fat substitute, but studies have shown that it’s just as bad. Furthermore, palm tree deforestation has become a global concern. Numerous species have become threatened or worse due to high-demand of the oil palms that make this product.

Each of these possibly cancer-causing sweeteners has a story to tell, and none of them involve weight-loss. That’s because a sweet taste and no nutrition causes the body to crave carbs, promote fat storage, and worse. Aspartame, for example, is metabolized into formaldehyde… that poison used to embalm dead things. Sucralose is another interesting compound because research shows that it’s accumulating in our waters and fish. This happens to many ingredients we can’t metabolize, which might hurt us later on.

Everyone has seen that picture on the internet—the one that looks like strawberry soft serve, but is actually beef. While many institutions responded to this brief outcry and refrained from its usage, many products still contain this frightening meat thing. Think about the shape of normal meat. Now look at hot dogs or that frozen packet of T-rex-shaped nuggets. These items were mechanically separated and then molded into unnatural shapes.

This is commonly found in fizzy drinks and juices. It’s used as a preservative, which sounds good, right? However, preservatives keep food fresh by killing the resident lifeforms. Sodium benzoate is a poison that shuts down energy production in most cells. Also, the body breaks it down into benzene, which is in gasoline and, not surprisingly, can cause cancer.

I saved this one for last because it’s absolutely comical. This ten-dollar compound has various uses, including breast-implant filler, but fast food joints use this as an anti-foaming agent…for chicken. To be fair, it’s used in frying oils. Still, there’s the ick factor to consider. I know it’s supposed to be chicken breast, but isn’t the use of implant filler taking it too far?

With the majority of our foods containing 40 ingredients or more, it’s hard to avoid every toxic ingredient out there. Just don’t give up trying! Has anyone else heard of any strange food ingredients that we should avoid?