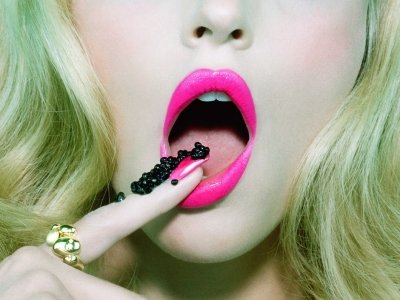 These gross home remedies will make you wonder why people even bother trying them. Most of the ailments and beauty issues that they're meant to treat can be easily fixed with inexpensive items from a drugstore, so it seems silly to experiment with gross home remedies that might trigger the gag reflex (there's probably a weird home remedy for that). Here's a look at some of the worst ways you can take care of minor problems:

1. Yogurt for a Yeast Infection

When it comes to gross home remedies, you can't top this one. Some women believe that they can treat cottage cheese-like discharge with a different dairy product (now would be a good time for that gagging home remedy). One method involves dipping a tampon in yogurt and freezing it before inserting it. Just imagine a woman seductively dipping a tampon in John Stamos's Greek yogurt in one of those sexy Oikos commercials. In case you're wondering, a professor of obstetrics and gynecology at the University of Texas Medical School at Houston told CNN that this wacky remedy is complete B.S., so save your yogurt for breakfast and go get some Monistat, stat!

And we go from using yogurt as a vaginal cream to using vaginal cream as a scalp treatment. There are tons of web forums where women claim that applying Monistat 7 to their scalps makes their hair grow, and others use it instead of dandruff shampoo. A dermatologist told Daily Makeover that it really might help with dandruff since it's an anti-fungal, ant-yeast treatment. However, it's safe to say that vagina cream is not the magical secret behind Rapunzel's long, golden hair. Just save your Monistat for what it's supposed to be used for so that you don't have to resort to making yogurt tampon popsicles.

Some women actually rub black stuff on their teeth to make them whiter. This one doesn't sound quite so bad since you'd be using purified activated charcoal, not the stuff that can be found in your barbecue pit. However, you'll temporarily look like a demon or a zombie after you swish it around in your mouth and let it sit on your teeth.

And now let's get back to the really gross stuff. Cold sores can look pretty disgusting, but some clever witch has come up with a way to make them even nastier. Apparently you're supposed to dig around in your ear in hopes of finding a clump of ear wax that's big enough to smear over that crusty red sore (if you can't find enough, I wonder if it's okay to borrow some from your significant other?). I know people want to avoid the embarrassment of leaving the house and buying a tube of Herpecin-L, but this is just ridiculous.

Spider webs have been used to dress wounds since the first century A.D. Interestingly, there might be something to the idea of using this all-natural material to make a cut heal faster – researchers have actually discovered that spider silk can be used to create artificial skin that could be used instead of skin grafts. But while stealing webs from spiders and stuffing them in that cut might help it heal, is getting rid of it faster really worth giving yourself nightmares?

Of course Snooki would be a fan of this wacky home remedy. The "Jersey Shore" star discovered the kitty litter facial idea after looking for DIY beauty treatments online. She claimed that rubbing the tiny pieces of cat toilet on her face actually kept it from breaking out. As weird as it sounds, Snooki was actually onto something. Kitty litter is made from bentonite clay, which is an ingredient in many fancy clay face masks. If you're brave enough to try this, just keep in mind that some kitty litters aren't pure clay – they also contain fragrances and other ingredients that might aggravate your skin.

This trick also has a celebrity fan – Jennifer Aniston has admitted to using Preparation H to combat under-eye puffiness. It might work, but there are plenty of other home remedies for under-eye bags besides butt cream. Try cool tea bags or spoons that have been sitting in the freezer before you resort to using hemorrhoid cream on your face.

I'm sure there are probably even grosser home remedies than these lurking around in the dark corners of the internet (natural health forums can be a very scary place). Have you tried any of these wacky treatments? And can you think of any other disgusting home remedies that aren't on this list?