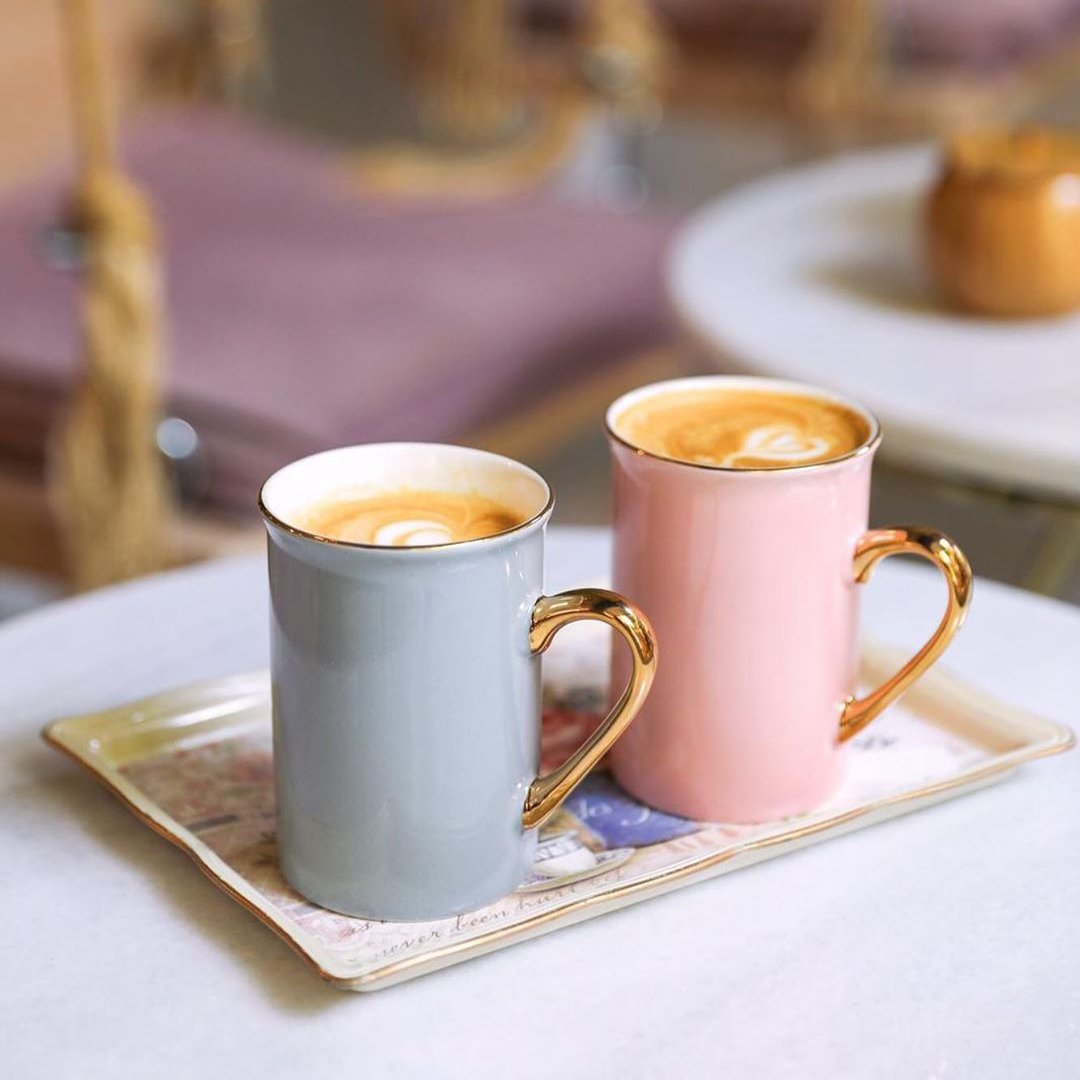 When you take that first sip of your cup of Joe in the morning, how many times have you asked is coffee good for you?

“With all the contradictory studies, coffee-drinkers are left wondering if their wake-up juice a necessary evil or a necessary nutrient. Caffeine addict Adam Butchart looks into it.”

In the sixth century A.D, somewhere in the Ethiopian Highlands, lived a man called Kaldi. One night, or so the story goes, Kaldi was checking on his herd of goats when he noticed something strange. The goats were dancing around the field, not just alert but hyperactive. He later discovered that the reason for this uncharacteristic behavior was that they’d eaten a strange berry from a tree that had grown in his field. Curious, Kaldi decided to show the berries to an Islamic monk from a local monastery, but the monk thought the berries were potentially dangerous, and threw them into a fire. A rich aroma flooded the monastery, and the monks quickly salvaged the roasted beans from the fire, ground them up, and dissolved them in a cup of hot water – before one sipped the world’s first ever cup of coffee. The beverage later became Kaldi’s secret to waking up and staying alert throughout the day. Sound familiar?

It’s no lie that coffee is the world’s most popular beverage to wake you up in the morning and keep you alert throughout the day. I must confess that I am a coffee addict. My drink of choice will always be the classic latté, although some days I feel adventurous and add a shot of hazelnut, or vanilla. That being said, I will usually make my coffee at home, but when out shopping / running errands in the city, I always find myself crawling into the local Starbucks.

Yes, I have loved the bitter black beverage for years, and likely will do for many years to come. I don’t just drink it to stay awake. When I’m feeling stressed, I find solitude in coffee, and I feel a thousand times better after making and drinking a good cup of coffee. The taste and aroma blinds me from my worries. So, although I’m a very health conscious person who limits junk food and exercises daily, I still find myself drinking an average of three cups of coffee a day. The most I’ve ever had in one day was 7 cups.

I’ve without a doubt noticed the advantages and disadvantages of drinking so much coffee. In fact, recently I came to the conclusion that coffee has taken over my life. While working at my part time job early this year, I had a caffeine overdose, and started wildly hallucinating. I couldn’t focus and had to take an early lunch break, where I consumed about two litres of water to flush the caffeine out of my system. This made me wonder why I drink so much coffee. I can definitely feel more alert after my morning fix, and I absolutely adore the taste and aroma of coffee, but is it really benefitting me? More importantly, does coffee contain any necessary nutrients, or is it just an addictive drug?

The main active in coffee, caffeine, is without a doubt an addictive substance. It’s everywhere, in coffee, tea, soft drinks, and chocolate – all the good stuff. Studies have shown that people who drink an average of one cup of coffee (100mg of caffeine) a day tend to acquire a physical dependence that, when they stop, trigger withdrawal symptoms such as headaches, nausea, depression, muscle pain and more. Debora-Dale Young, a pharmacist/technical consultant at the New Zealand supplements’ company Clinicians, warn people against drinking too much coffee. “We seem to live in a coffee culture, with many people spending large amounts of money in cafes or on take out coffee to get them through the day.” While this may seem beneficial in the short term, she believes it can also have negative effects on the health of some.

What’s more, the Kirschman Nutrition Almanac on food composition states that coffee as a whole contributes little nutrition to the recommended dietary allowance (RDA) of an average 68kg human. What else does this potentially dangerous drug have to offer other than alertness and a nice taste?

While the Kirschman Nutrition Almanac shows that coffee provides little to our RDA, there are in fact some essential nutrients in coffee. A typical cup of coffee includes Riboflavin (Vitamin B2): 11% of the RDA, Pantothenic Acid (Vitamin B5): 6% of the RDA, Manganese and Potassium: 3% of the RDA, and Magnesium and Niacin (B3): 2% of the RDA. Overall, nothing spectacular. What’s interesting is how the latest release of the Diagnosis and Statistic Manual of Mental Disorders from the American Psychiatric Association includes caffeine withdrawal as a mental disorder. Symptoms include headaches, fatigue, anxiety, irritability, depressed mood and difficulty concentrating. These begin about 12-24 hours after you have stopped drinking coffee, and can continue for up to 9 days. However, these symptoms can easily be avoided if you gradually slow down your coffee intake so your body can adjust to a caffeine-free life.

While caffeine is a drug, it’s actually beneficial to our health when taken in moderation. For a start, it can help to prevent the risk of type-two diabetes: studies show that heavy caffeine drinkers have a 23-50% lower risk of getting this disease, with one study of showing a reduction as high as 67%. It can also help you lose weight; several studies show that caffeine can boost the metabolic rate by 3-11%. However, it is likely that these effects will diminish in long term coffee drinkers, so I’m out of luck.

What’s more, after you drink coffee, the caffeine is absorbed into the bloodstream and travels to your brain. The caffeine then blocks an inhibitory neurotransmitter called adenosine. When that happens, the number of other neurotransmitters like norepinephrine and dopamine (which are helpful in terms of motivation) increases. Consequently, coffee does in fact improve various aspects of brain function including memory, mood, vigilance, energy levels, reaction times and general cognitive function, which is excellent news for my studying.

Bizarrely, our judgment of someone’s character can be influenced by something as simple as holding a warm cup of coffee. Professor John A. Bargh and Lawrence E. Williams from Yale University’s School of Medicine tested a theory: would people seem more generous and caring if they had just held a cup of warm coffee, and less so if they were holding an iced coffee? The two scientists decided to test the impact of warmth on the perceptions of students chosen at random throughout the Yale University campus. Professor Williams predicted that holding the warm cup of coffee would make the subject more prone to have a positive and ’warmer’ outlook. Random undergraduate students were asked to briefly hold a cup of iced coffee or warm coffee as they wrote down specific information about an individual and his/her personality traits. Williams’ prediction was true, the students seemed to assess the random individuals as “warmer” if they had just held the cup of warm coffee as opposed to the iced coffee. This proves coffee is not just an addictive drug, we actually become happier once we have that morning cup of coffee in our hands.

Perhaps Kaldi was on to something when he stumbled across the coffee bean. There is overwhelming evidence that, when taken in moderation, coffee can definitely benefit our health. The key to living a healthy life is moderation. You don’t have to quit coffee entirely. You can drink an appropriate amount of coffee a day, treat yourself to a cinnamon glazed donut, and still be healthy. Everything in moderation, right? If we lose our sense of moderation, we lose control.

• You wake up and immediately reach for the coffee.
• You’ve experienced a caffeine overdose (hallucinations, nausea) due to drinking too much coffee.
• You find yourself unable to function properly past 3pm, and need another ‘fix’.
• The first thing you do when arriving in a new city is find the nearest coffee shop.
• You store a crazy and diverse amount of coffee in your kitchen.
• You make it a rule to drink coffee before any sort of function/meeting in order to stay alert.
• You’re constantly chewing gum to hide that hideous coffee breath.
• You make coffee so strong that it stinks out the whole house.
• You work at a café just for discount coffee.

What else does this potentially dangerous drug have to offer other than alertness and a nice taste?

Adam Butchart is a Canadian based freelance journalist from New Zealand. He is a recurring writer for local New Zealand magazines and has completed the Magazine Journalism course at the New Zealand Writers’ College. Adam enjoys coffee, travelling and experiencing the worlds’ different cultures.