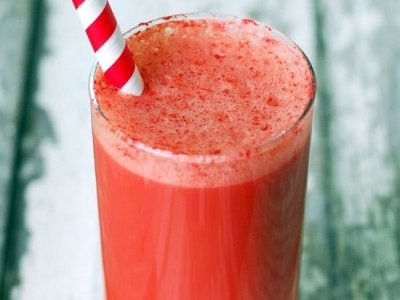 The average can of soda contains as much or more sugar than you need in an entire day. If that’s not be best of many reasons to choose a healthy drink instead of soda, I don’t know what is. Add other treats through the day and you have a recipe for disaster. Too much of the sweet stuff on a day-to-day basis poses several health risks. It ups the risk of weight gain because sugar has calories. It also increases the risk of insulin resistance and diabetes. Diet soda poses its own set of risks, but it doesn’t contain any sugar.

You know that taking in more calories than you burn is a sure fire way to pile on the pounds. Many people fail to consider liquid calories so it’s easy to underestimate how many you’re getting if you don’t account for the soda you drink. Many people who are overweight achieve success when they cut soda from their meal plan.

3. No Vitamins or Minerals

Soda is a lot of things, but nutrient dense isn’t one of them. Soda contains refined carbs, which might give you a quick boost of energy, but will result in an energy crash later. Other than that, there are no vitamins, no minerals, no fiber or anything in a glass of soda. It makes a nice treat now and then, but as an everyday beverage choice, it really falls short.

Soda is full of sugar – you know that – but it’s also loaded with acid. That means that as you drink it, it bathes your teeth in both harmful substances, which can erode your enamel and lead to cavities. Tooth decay and gum disease are linked to other problems, including heart disease. When you do decide to treat yourself, sipping soda through a straw can help keep this problem at bay.

Carcinogens are known cancer causing substances. Some brown colored sodas contain ingredients that research has proven are linked to cancer. While the occasional can of soda isn’t likely to harm your health, a regular habit can mean you have high levels of these substances, which can seriously compromise your health.

The carbonation in soda can alter the structure of your bones, which can lead to osteoporosis and other bone disorders. At the same time, if you opt for soda instead of milk, your intake of calcium may be too low, which is another contributor to bone problems.

Your kidneys have a big job to do, but soda can hinder the function of these important organs. Soda can lead to kidney stones if it’s consumed in large amounts. Drinking too much soda also increases the risk of other kidney issues that can become chronic, requiring extensive treatments.

Do you drink soda? Swap it out for unsweetened tea, low-fat milk or water and you’re sure to notice that you feel better and drop some weight too. What’s your favorite soda alternative?