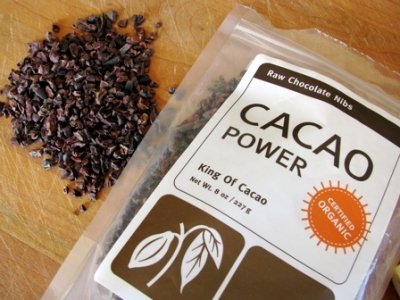 With all the information about the benefits of raw cacao, you may be surprised to learn that there are reasons why cacao is not healthy. Cacao is often promoted as a superfood because of its high levels of antioxidants and minerals, especially magnesium. However, in addition to the antioxidants and minerals in cacao, it also contains many other naturally occurring chemicals as well as some contaminants. Some of these chemicals and contaminants can be harmful, which is why cacao is not healthy. Certainly, in small amounts it is absolutely fine to consume cacao, but you will want to watch out for consuming large quantities of cacao.

One of the reasons why cacao is not healthy is due to the large amount of naturally occurring chemicals. Cacao contains over 300 chemicals, including caffeine, serotonin, and precursors to neurotransmitters. In small amounts these chemicals are not harmful, but if you consume quite a bit of cacao on a daily basis you could be causing some harm. All of these chemicals are very stimulating to the autonomic nervous system. When eaten on a regular basis, cacao can make you feel shaky, anxious, dizzy, and can increase blood pressure. Cacao can also be taxing on the adrenal glands, resulting in adrenal fatigue, which can cause exhaustion. To avoid these negative consequences, it is best to save cacao for an occasional treat.

Many foods can trigger migraines, including chocolate. Since raw cacao is much more powerful than chocolate, it can be even more problematic for migraine sufferers. Cacao contains several different chemicals that can trigger migraines. These include tyramine, phenylethylamine, and caffeine. While not everyone is sensitive to all of these chemicals individually, the presence of so many different chemicals in cacao makes it more likely to trigger a migraine. If you do love chocolate and find it is a trigger, try switching to carob, which tastes similar to cacao and is not a common migraine trigger.

Aflatoxin is a toxin that is produced by mold. It is common in nuts, seeds, and legumes. Increasingly, aflatoxin is being found in cacao, in part because the way cacao is produced puts it at higher risk for contamination. Although the FDA considers aflatoxin an “unavoidable contaminant,” it has serious health consequences. Aflatoxin can cause liver damage and is carcinogenic. While it can be hard to avoid aflatoxin, European chocolate tends to have higher standards and is less likely to have this dangerous toxin.

The cacao that you consume is produced by fermenting cacao beans, which requires yeast. The pods and the beans naturally contain yeast, and when the beans are left to ferment the yeast breaks down the cacao and produces the characteristic chocolate flavor. If you are sensitive to yeast, cacao may pose a problem for you. Raw cacao could be even more problematic since it has not been roasted, which kills the yeast.

Oxalates are found in many foods, including cacao. In general, oxalates are not a problem, but they can cause serious problems for people with certain health conditions. One such condition is hyperoxaluria, which causes high oxalates in the urine, resulting in kidney stones. People with this condition have to strictly limit their oxalate consumption, which means they cannot consume cacao. Since oxalates can cause kidney stones, if you are prone to kidney stones, you may want to try limiting oxalate containing foods like cacao.

Chocolate allergies can produce a range of unpleasant symptoms, some of which are quite serious. The most serious symptom is anaphylaxis, which causes the airways to swell and stops breathing. Other symptoms of a chocolate allergy include rashes, gastrointestinal problems, swelling of the face, and severe headaches. While not very common, chocolate allergies do exist and should be watched for. If you suspect you are allergic to chocolate, you should see an allergist who can test you for an allergic reaction.

In very high doses raw cacao can have hallucinogenic effects that are similar to LSD. It would take around 40 cacao beans for this to happen, which although a lot is theoretically possible. There are 30 to 50 beans in 7 milk chocolate bars. However, usually people become quite ill before they consume that much. Accounts of hallucinogenic effects from cacao are rare. However, it has happened, which demonstrates the powerful nature of cacao.

Although raw cacao is now promoted as a health food, there are factors that make it unhealthy. To avoid any negative effects from cacao, it is best to limit your consumption. Having just one or two squares of dark chocolate a day is fine, but avoid putting multiple tablespoons of raw cacao in your smoothies. Did you know that raw cacao has negative side effects?