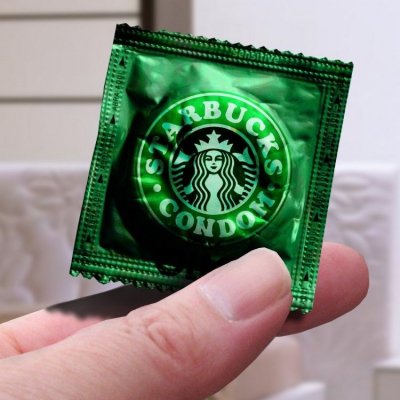 No matter what you may be told by different people, using a condom during sex is the absolute safest way to protect yourself from the full range of sexually transmitted diseases as well as preventing pregnancy. Figures prove that condoms provide you with 10,000 times more protection than you would have if engaging in unprotected sex.

3. Loss of Sensation is a Myth

We have all heard complaints that men don’t like condoms because they result in a loss sexual sensation and pleasure, but this really isn’t true. Besides, the amount of different types of condoms available on the market, from ribbed to super sleek, means there are options to satisfy even the pickiest of partners, so never let this be a reason for having unprotected sex.

Sadly, it was recently reported that only thirty nine percent of American high school students are taught during sex education how to apply and use a condom correctly. With this being left up to the last minute and the imagination, there is no wonder that mistakes can happen. More education is definitely needed on the topic! Girls should know how to put a condom on their partner. Make it part of your sex routine, make it sensual and you’ll break down any qualms and embarrassment.

5. They’re Older than You Think

Though they might seem like a modern innovation, the oldest evidence of a form of condoms being used goes as far back as twelve to fifteen thousand years ago! That’s so long ago, so how do we know this? Well, archaeologists discovered this through a very handy wall painting on a cave in France depicting primitive forms of condom usage. Perhaps our ancestors were just as concerned with sex education and safety as we are today!

6. They Keep Your Vagina Healthy

Aside from the fact that they prevent you from being exposed to any number of sexually transmitted infections, condoms are also known to help regulate your vagina’s pH levels. This is in direct opposition to the fact the unprotected sex can really affect your natural pH levels, which can lead to a whole host of internal issues that are not pleasant at all. Stick to condoms and you will be safer and healthier all round.

Double bagging means using two condoms at the same time and it is absolutely one of the worst things you can do to put yourself at risk of an unsuccessful and unsafe sexual experience. Having two condoms on at once does nothing but increase the chances of one or both of them breaking, not to mention the fact that the condom on top will be much less secure and will pose a risk of moving and dislodging during intercourse. It is a complete myth that two condoms will make you twice as safe, in fact that very opposite occurs.

Safe sex is such an important issue and every girl owes it to herself to understand how to protect herself against unwanted pregnancies and sexually transmitted infections. I think every girl should have a condom in her handbag, cos you just never know! Do you carry one?