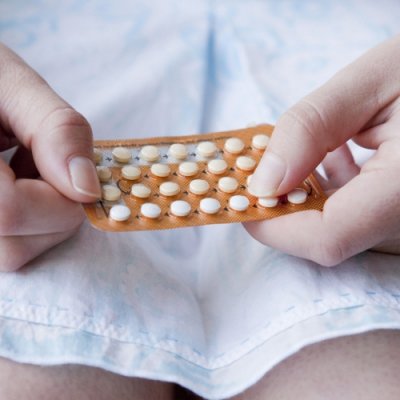 Whether you’re taking the birth control pill as a contraceptive, to control periods or because of PCOS, endometriosis, fibroids, cramps, and heavy bleeding, you want to be sure that your pill is the best one for you. It’s good to know that you are either protected from becoming pregnant or that the symptoms of all those other conditions I mentioned might have been brought under control but what if your pill isn’t working as effectively as it should? Look out for these signs your birth control pill is not the right one and consult your doctor is you experience a number of them.

1. You Have Frequent Headaches or Migraines

If you have started to get regular headaches, or worse migraines, since going on the pill you might be sensitive to estrogen. The pill increases the amount of estrogen in your body so if you are sensitive to it the pill is not going to be the birth control choice for you, you might want to look into options that don’t contain any hormones.

I’ve heard from a number of women that their worry with the pill is that they will gain weight. Now, not everyone will. However studies have shown that women who take the oral contraceptive gain 60% less muscle mass than those who are not. One study looked at a 10 week weight training program in which half the women were on the pill and the others were not. It was discovered that the women who were not on the pill gained much more muscle mass than those who were. The women not on the pill had lower levels of cortisol, a hormone which breaks down muscle mass. Women on the pill had higher levels of this hormone, making it much harder for them to lose weight.

The birth control pill replaces your sex hormones which can cause you to lose your mojo. When natural ovulation occurs, your body creates the 50% of your testosterone, something that plays a huge part in your sex drive. The pill prevents you from ovulating, so you don’t make that testosterone that your body needs to keep your libido running. Testosterone also gets the blood pumping to your sex organs, making it very important for sensitivity.

When you first start taking the pill, it strips your body of its B vitamins which leads to tiredness, nausea and moodiness. Long term your body will be missing out on key vitamins and nutrients. This can put your endocrine system at risk as many of the glands in this part of the body (reproductive organs) require B vitamins to properly function.

The estrogen and progesterone in the pill affects our brains. It is important to find the right balanced pill for your body to avoid low mood and bouts of depression. Doctors will often prescribe anti-depressants alongside the pill, however stopping taking it in the first place might be the cure you need. Remember that each pill has a different dose of these hormones so it might be a good idea to try a different one, or seek an alternative birth control method.

Who knew! The pill can actually cause you to go after the wrong man! In a study by the University of Bern in Switzerland, women who were not on the pill were asked to smell various t-shirts and choose the one with the smell that was most appealing. The results proved that the women who were not on the pill chose men with a gene very different to their own, making them compatible, genetically. However, women on the pill chose the t-shirt of the men with genes very similar to their own, something which increases the chance of miscarriage. This study suggests that the pill makes it difficult for a woman to find a mate who is genetically compatible with them.

Before you went on the pill you were happy, healthy and outgoing. Since taking the oral contraceptive you feel moody, unhealthy and miserable. If you feel out of sorts, or something isn’t quite right stop taking it. Trust your instincts, after all your body knows when something isn’t right.

It’s hard to pinpoint that your birth control pill isn’t the right one for you but if you have noticed changes since you started taking it, it’s definitely time to visit the doctor for a discussion.

We’d love to hear from readers who experienced problems with their prescribed pill – how did it affect you?