9 Surprising Causes of Depression That Could Affect Anyone ...

Long term unemployment, grief, financial stress, and trauma are all well-known causes of depression. But what if none of them apply to you? What other trigger can you look to when you’re suffering depression and don’t know why?

Do spring allergies always have your nose running and your eyes watering? New studies have suggested that seasonal allergies can lead to depression. Allergies have serious physical effects, such as sleepless nights, fatigue, congestion, or headaches, and the physical toll makes a person more vulnerable to depression than people without allergies.

Your habit of smoking may cause depression. It's often difficult to determine whether smoking comes first or depression because some people start smoking when they are depressed, while others smoke a lot and get depressed. Whatever the case, you should quit smoking because nicotine affects neurotransmitter activity and alters the levels of serotonin and dopamine that may have something to do with depression. 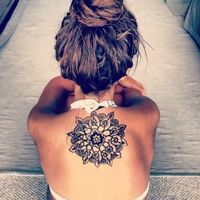 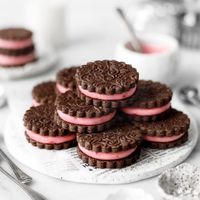 The thyroid gland in the neck produces thyroid hormone that acts as a neurotransmitter and controls serotonin levels. A thyroid disease such as hypothyroidism may affect the production of thyroid hormone, which in turn will trigger the onset of depression and other symptoms, such as constipation, cold sensitivity, and fatigue.

Seasonal affective disorder (SAD) has its connections with winter blues, and it causes problems for about 5% of Americans. This form of depression also hits many people in the summer because the body finds it difficult to adjust to new seasons with different temperatures. This may cause imbalances in brain chemistry and affect neurotransmitter activity, which may lead to depression.

Among many other surprising causes of depression is lack of fish in the diet. It is connected to the fact that fish will have loads of omega-3 fatty acids that the body needs to regulate neurotransmitters like serotonin. Not eating enough fish is more likely to cause depression in women than in men.

Many studies have confirmed that people living in urban areas are at a greater risk of developing depression; in fact, you have a 39% higher risk of mood disorder if you're an urban dweller as compared to those in rural regions. It is due to this particular reason that depression rates are not the same in countries and states. Even altitude may affect your brain activity, which is the reason why suicide risk increases with altitude.

While a romantic relationship and breakup over Facebook will most definitely lead to depression, you may find yourself in trouble simply because you're spending too much time in front of your PC. A number of studies have confirmed that excessive interaction over social-networking sites may lead to depression in preteens and teens. Facebook overload may make it difficult for you to maintain real-life human interaction. You may even have an unrealistic view of how things work in the world, which in turn will lead to "Facebook depression".

Oral contraceptives can have side effects: they contain a type of progesterone that can cause depression in some women. The real reason why these pills lead to depression is still unknown, as not every woman who's on contraceptives faces the problem.

Have you been surprised by any of these things that can trigger depression?

beauty
Female back tattos
fitness
How to Stick to Your New Years Resolution of Doing More Exercise ...
movies
The Best Thanksgiving Movies for People Who Need to Get in the Mood ...
beauty
The Life Changing Benefits of Charcoal Toothpaste ...
diet
7 Ways to Change Unhealthy Eating Habits ...

How to win an argument with someone who is never wrong ...
How to stop being mean ...
Why is everyone hung up on their ex ...
How to use marshmallow ...
What are the equipment used in baking ...
How to create an alter ego ...
How is food transported in plants ...
Someone who talks behind your back is called ...
Is fruit sugar bad for you ...
What can you do when you 18 ...