7 Things Everyone Should Know about Joint Hypermobility Syndrome ...

1 Being Double-jointed is Not the Same Thing

JHS appears to run in families, although they haven’t managed to pin down one particular gene. Experts estimate that a sufferer has around a 50% chance of passing it around to each child they have, although the severity of the condition varies greatly and is much worse in females than males. 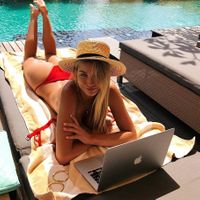 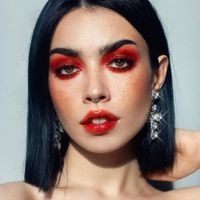 Women Who Changed Your Life and You Didnt Even Know It ...

People with joint hypermobility syndrome are often tired all the time. Their muscles have to work harder than everyone else’s to keep their joints in the right place, and they also often get less sleep due to pain and other symptoms.

4 It Can Be Incredibly Painful

Pain caused by JHS can be severe enough to leave sufferers rolling around in agony. This pain can be just about anywhere as the condition causes so many other problems. Dislocations are also common and can be incredibly painful. What makes the pain levels even worse is that pain relief is less effective in people with JHS, which also means things like trips to the dentist can be more painful than they should be as local anesthetics may not work properly.

People with JHS often have problems with their blood pressure and heart rate. POTS (Postural Orthostatic Tachycardia Syndrome, where the heart races suddenly on standing up) is quite common. Low blood pressure, palpitations and regular fainting occur in some sufferers.

6 It Affects the Skin

Sometimes scars two years old can look brand new in people with JHS as their skin doesn’t heal properly. Stretch marks that appear at a young age are common, as is thin and wrinkled skin and easy bruising. Minor spots and scratches that should ordinarily leave no trace can leave very visible scars on sufferers of JHS.

7 Major Organs Can Be Affected

People who have joint hypermobility syndrome can suffer severe chest pain and have heart murmurs or even mitral valve prolapse. Abdominal and pelvic wall muscles are often weak, so hernias and prolapses are more common than in the general population. Bowel, bladder and gynecological problems are all more common due to inflammation because things don’t always stay where they’re supposed to.

Joint hypermobility syndrome can destroy people’s lives and the worst thing is waiting so long for a diagnosis, while no one really believes how much you’re suffering purely because they don’t know what’s wrong. If you recognise these symptoms in yourself or someone close to you, don’t be afraid to mention it to your doctor – most GPs have not even heard of it and so will never diagnose you otherwise. You will need to see a rheumatologist but be prepared to see several as many still don’t seem to spot it! Have you ever heard of JHS?

money
Remote island jobs
beauty
7 Beauty Products Youre Better off Buying Generic ...
fashion
7 Classic Fedoras to Wear in the Cold Weather ...
makeup
7 Bombshell Beauty Products That Changes Your Look in Seconds ...
lifestyle
Women Who Changed Your Life and You Didnt Even Know It ...