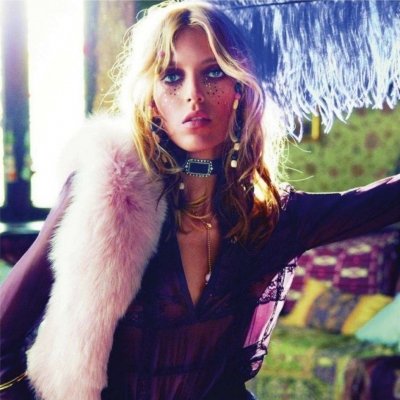 I was watching a documentary on TV recently about a little known village in the UK called Spielplatz in Hertfordshire, in which there is one stipulation - no clothes allowed and it got me thinking about the many things we can learn from naturists. It was an interesting documentary and I eventually became desensitized to the images of flaccid phalli and bouncing breasts. After the initial shock-factor diminished, I realized how everyone seemed so calm and happy as they recounted tales of their journey to naturism. Some wanted to leave the trappings of normal society to live a more simple life closer to nature and others were sick of the rat race in the city. Now, I'm not saying we all burn our clothes and start running around naked because you can get arrested for that but I think there are a few things we can learn from naturists.

One of the first things we can learn from naturists is body confidence. These people weren't super models, they were normal people who were enjoying life and weren't self-conscious, or atleast didn't seem so. They seemed incredibly comfortable in their own skin and self-acceptance is something a lot of us fabric wearing folk seem to be lacking nowadays!

These naturists live a simple life. It's not all about money and what you have or what you don't have. It's a life of unadulterated simplicity without the trappings of the modern world. Don't get me wrong, I love the buzz of big cities but sometimes the thick polluted air can become stifling and the body and mind yearns for a simple life; one that isn't all about the haves and have-nots.

3. It's What's inside That Counts

Another thing we can learn from naturists is it's what's inside that counts. No matter how much we try not to, it's natural and instinctive to make a judgment on someone based on the clothes they're wearing.

As Madonna said, we are living in a material world and I am a material girl. We can't escape from the fact that money makes the world go round but these naturists don't have to buy an expensive handbag or wear the latest designer gear to feel validated. They are not driven by materialism and this is something we can also learn from naturists.

Anyone who goes camping will feel a deep connection to the wild and to nature and this is one of the things we can also learn from naturists. Many of the people on the documentary were happily gardening and spoke of the fact that they felt at one with nature.

Many naturists feel very liberated as a result of turning their back on the frantic fabric world and the Spielplatz folk are trying to spread the message. The village of Spielplatz consists of an aging population and they're located on prime real estate. This means that developers are eagerly waiting for them all to go to the naturist village in the sky so they can build expensive houses. As a result, the village has been trying to raise awareness of their cause by opening their doors to younger people and offering classes such as naked yoga. I'm not sure I would like someone's bits in my face as I'm doing the downward facing dog but I always say you should try something once before discounting it!

Vitamin D exposure is very important and if you're a naturist you will be getting your fair share of the sun vitamin. Of course, you don't have to be a naturist to benefit from the health-giving sun but perhaps we could all get outdoors a little more.

There are of course many naturist resorts around the world. Have you been to one? Would you consider going to one?