7 Things You Need to Know about Perimenopause ... 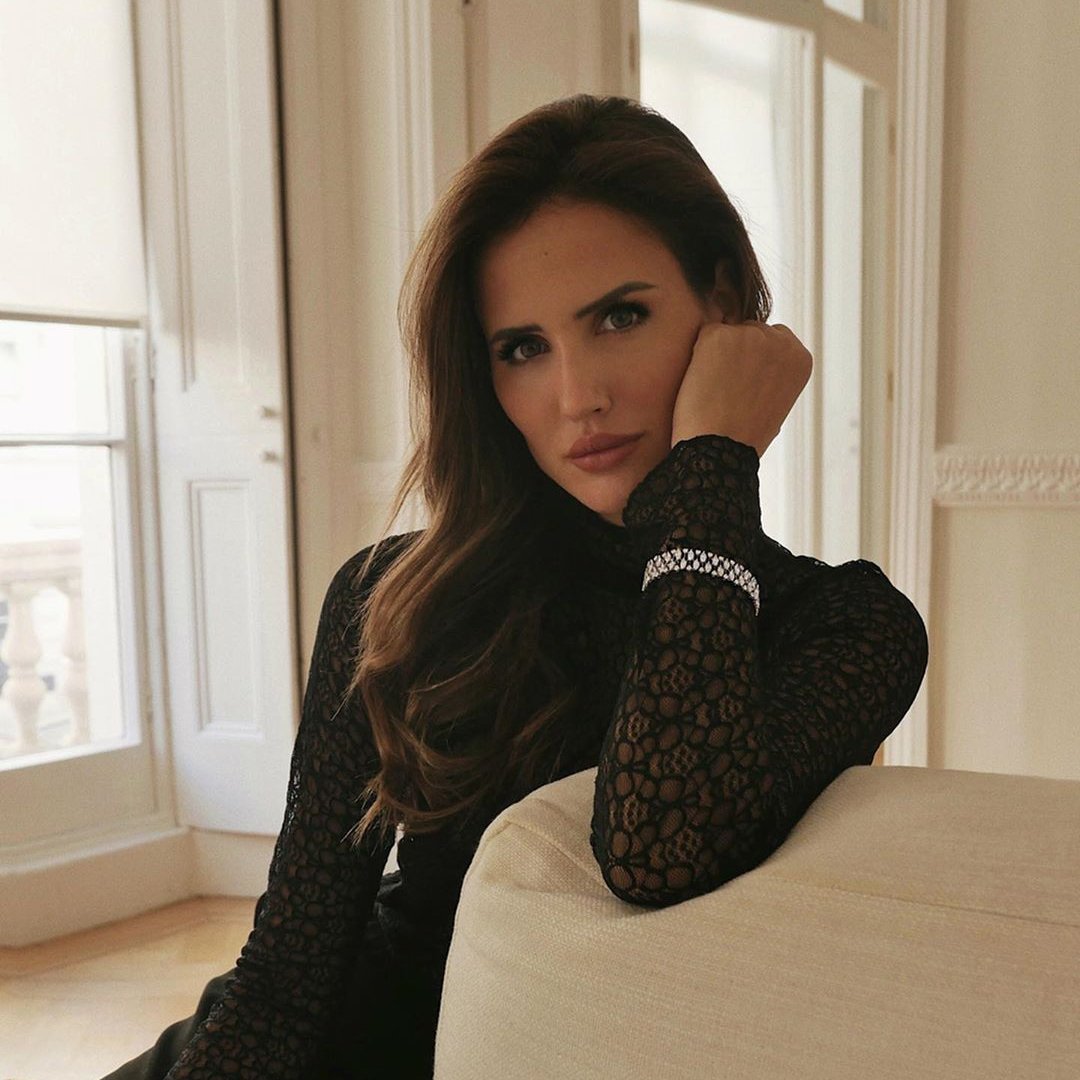 Never in my life did I imagine I’d be giving advice on things you need to know about perimenopause, or pre-menopause, at the age of 28. In fact, it wasn’t until last year I realized that because of a tragic lifelong affair of having an eating disorder, that I had, in fact, caused my body to enter menopause- all at 28 years old. It was life-altering and extremely hard for me to forgive myself. However, once I learned self- acceptance, I was able to gain control over my hormones for the first time in years, without any treatment from prescription drugs. Though I have recovered completely from my eating disorder now, I’m still left with the consequences that resulted in me entering perimenopause, and now menopause, at a very early age. I’ve learned a lot about myself, my life and my body all through this process in the meantime. Read on to find out things you need to know about perimenopause so that you can be more aware than I was, whenever you do reach that time in your life, or if you have already.

1 It is Hard to Spot

One of the first things you need to know about perimenopause is that it is hard to spot. Menopause is defined by a woman’s last period, but perimenopause instead refers to the time before menopause, which can range anywhere from 2 to 10 years. During this time, the ovaries begin reducing hormone production, which leads to a host of symptoms that can appear as something else. Fluctuating levels of estrogen and progesterone, the female hormones, can cause an array of emotional changes that may be hard to understand or pinpoint as well.

2 It Can Happen Early

Just like my situation, if someone is nutritionally imbalanced, whether underweight or overweight, early menopause can occur, and perimenopause will start to begin earlier. I remember the last period I had was at age 18 and I’m now 28, fixing to turn 29. I haven’t had a period in almost 11 years, and I remember when I got my last period, I certainly never thought it would be my last. Yet, at the age of 18, I began to turn to extreme dieting and was under a great deal of emotional trauma that sent me into a two year state of serious depression and isolation. My hormones ended up being a wreck, and though a couple years later they evened out, I was still very underweight, even though I was eating more and eating healthier. The consistent low body weight I carried around for almost 8 years caused me to enter perimenopause much earlier than expected. On the other hand, obesity is one of the leading causes of early perimenopause that doctors are seeing today. Whether overweight or underweight, nutritional deficiencies are one of the most common reasons for early menopause. Be sure to maintain a healthy weight for your size and see your gynecologist regularly.

3 The Symptoms Are Endless

During a time in many women’s lives where they should be enjoying freedom, astounding health and youth instead, perimenopause can last for many years and have a host of endless, horrific symptoms, including unbearable sleep trouble, unsettling irritability, weight gain, anxiety, hot flashes, cravings and more. The reason is simply hormonal imbalance. Hormonal imbalances can also cause PCOS and PMS. Our hormones naturally start changing around age 35 on their own, but when something in our life or health alters that natural change, it can occur much sooner, and for longer periods of time.

4 Not Just an Estrogen Issue

Many doctors define menopause and perimenopause as simply a time when estrogen starts declining. While this is true, it isn’t the whole story and can lead women to overlook lifestyle practices that can be contributing to the hormonal imbalance causing the problem. Factors such as stress, poor insulin balance, lack of exercise, malnutrition and lack of rest can also contribute to hormone interruptions, along with environmental estrogens, known as xenoestrogens. Xenoestrogens cause hormonal disruption and occur in plastics from bottled water, smartphones, vinyl flooring, and are called things such as PCBs, BPA, phthalates and other names, which create a problem with the natural estrogens in our bodies. We are filled with estrogen overload, many of which aren’t our own, and though we need estrogen, the ratio between estrogen and progesterone is very important, especially during perimenopause. These fake chemicals in our environment that mimic estrogen in our cells screw up the normal hormonal scales in our bodies that lead to a more dramatic onset of symptoms earlier in life.

During perimenopause and menopause, there are some dietary measures that should be taken, and can greatly reduce the terrible symptoms that come with this time in a woman’s life. A multivitamin with iron should be taken, along with at least 600 I.U. of Vitamin D3 to prevent bone loss, and plenty of calcium should be eaten through foods such as nondairy fortified milks, leafy greens, broccoli, canned salmon, legumes or non-GMO organic soy milk. Phytoestrogens from non-GMO soy, flaxseeds and other plant foods are also optimal during this time since they can help ease symptoms and increase a positive mood. Plenty of veggies, fruits, fat-free or low-fat dairy, high fiber whole grains, and lean protein should also be eaten. Protein sources of iron are especially important and good sources include fish, eggs, spirulina, poultry, leafy greens, nuts and even grass-fed lean red meat if you eat red meat. Be sure to eat Omega 3 fats as your choice of fat intake, and include sources like walnuts, flaxseeds, chia seeds, hemp seeds and fish. These healthy fats can not only aid in treating symptoms, but also reduce inflammation and depression. Getting enough fiber is especially important since it can help shuttle harmful estrogens out of the body, and keep your blood sugar levels even. Staying away from processed foods is also very important since chemicals and artificial sweeteners, along with refined sugar and grains, can interfere with proper hormone functioning and worsen symptoms. Be sure to get enough fat intake, but not too much. You should speak with your gynecologist to find out how many calories are optimal for you during this time and aim to get that much in a healthy way.

6 You Must Be Aware

During this time in your life, your body will change dramatically. I gained weight, got acne, and had terrible mood swings when I decided to recover from my disorder and I had no energy. Clearly, I was suffering from a hormonal change, and now, I actually feel great now that I’m on the other side of perimenopause, even though it breaks my heart I’ve hit menopause so early. For about three solid years though, I was a mess! Even though I was going through a natural hormonal change, I felt embarassed of my body, couldn't focus, couldn't sleep, had no confidence and absolutely no drive whatsoever. The good news is, with good rest, good nutrition, reducing stress through yoga, and by being physically active, you can not only reduce your symptoms dramatically, but also enhance your life.

No matter what stage you’re at in perimenopause, remember to reduce the bad stuff. What is the bad stuff? Salt, sugar, alcohol, caffeine and high fat foods. You don’t have to give up your coffee or even your chocolate, but keep the coffee to one or two cups daily, and even try to switch to decaf if you can, and switch to dark chocolate in moderation as your sweet indulgence. Stick to a diet of fruits, veggies, healthy Omega 3 fats, healthy starches, and lean proteins, along with plenty of calcium from low-fat and fat-free dairy such as Greek yogurt. The bad stuff is nothing more than stimulants that will disrupt proper hormone function, mess with your insulin levels, increase your waistline, and cause stress, acne, fatigue or upset the natural hormonal balance your body needs to achieve on its own.

Most likely, you won’t be able to easily pinpoint when you’ve hit perimenopause until you’re several years into it, since symptoms come on slowly and not at once. Yet, when you do find that you’re in the early stages of menopause, be sure to accept that you’re not losing your identity as a woman, but instead, going through a natural process. Be sure to take care of yourself and eliminate lifestyle factors that could be causing or worsening the problem. Finally, if you’re seeking hormone therapy to help during this time, be sure to talk with your doctor about the right ones for you. Do you know anyone going through perimenopause?