7 Things You Should Know about Ayurveda ... 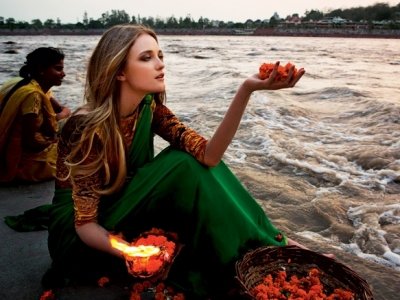 If you’re at all confused about it, there are several things you should know about Ayurveda before you jump to any conclusions about it. Many people have heard the term and are curious about it, but are thrown off by terms like "dosha" and "yoga nidra." In order to gain a fuller understanding, consider the following things you should know about Ayurveda.

The most important thing you should know about Ayurveda is what it is! It isn’t a religion, as some people may think. Rather, Ayurveda is “the traditional Hindu system of medicine, which is based on the idea of balance in bodily systems and uses diet, herbal treatment, and yogic breathing.” In a nutshell, it’s an ancient science based on balance, specific to unique body types.

Ayurveda has made its way to the Western world now, but it’s important to know where it originated from if you truly want to understand it. Ayurveda was born in India about five to six thousand years ago. Ayurveda is attributed to Atharva Veda, which is the fourth Veda of the sacred Hindu texts. But this doesn’t mean Ayurveda is religious- it is simply a medical science with origins rooted in Hinduism.

A key component of Ayurveda is the presence of the three doshas, or the Tridosha Theory. The three doshas are Vata, Pitta, and Kapha, which are a part of all of us, and characterized by different pairings of elements (ether, fire, water, air, and earth). However, each individual has a dominating dosha, which tells you what your “body type" is and plays a huge role in determining how you’ll live your Ayurvedic lifestyle. If you want to learn what your dosha is, you can take a quick quiz on Dr. Oz’s website: doctoroz.com.

4 How It Effects You

“How exactly will Ayurveda affect me?” is an important question to ask yourself when researching this ancient science. Ayurveda will reveal what your body type is, and teach you how to eat in a way that is most beneficial to that body type (dosha). Also, yoga nidra allows you to experience conscious sleep, to access your innermost source of joy, and become more capable of achieving greatness. Both knowledge of your dosha and practice of yoga nidra will help make you a more joyful, blissful person overall, as well as help you accomplish your goals, from weight loss to a promotion at work!

It may seem strange that there are only three doshas for about seven billion people on the planet to share! But that’s why it’s important to remember that Ayurveda is something totally personal. You have different levels of each dosha inside of you, and should live your life accordingly. Don’t mistake the wonderful simplicity of Ayurveda for impracticality; it’s a personal science you must investigate in order to reap all the desired benefits.

Making time for yoga and meditation is only half the battle of Ayurveda. You’ll also probably need to reduce consumption of several foods that aggravate your dominating dosha, and you'll need to add others to your diet that will pacify it. Of course, there’s no harm in slipping up every once in a while, but in order to abide by Ayurveda totally and completely, you’ll need some serious dedication.

Ayurveda is coming out of the shadows, just like yoga has over the past few years. Instead of being kept safe and sound in India, it’s headed westward and becoming a trend. Soon enough, everyone and their mother will be studying Ayurveda and living their lives accordingly. If anything, that should convince you that Ayurveda is something worth investigating.

If you didn’t know much about Ayurveda before, I hope you’ve got a stronger grasp on it now! What did you learn about Ayurveda from reading this? Do you plan on trying it out?