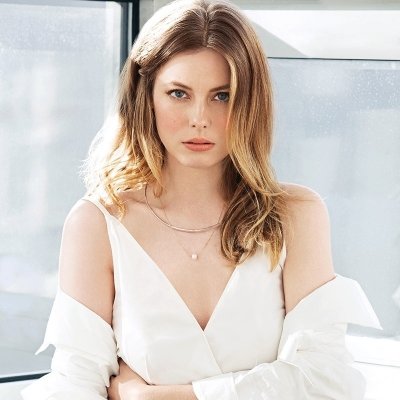 Have you heard of body dysmorphia? Also known as Body Dysmorphic Disorder, this is a chronic mental condition which leaves the sufferer unable to stop thinking about flaws with their body. That flaw could be real, or it could be imagined. Either way, the sufferer feels ashamed of their body, and cannot be reassured. Back in August 2014, Tallulah Willis (the youngest daughter of Bruce Willis and Demi Moore) released a video revealing that she struggles with body dysmorphia, and has for years. But what do you really need to know about the condition?

1. It’s Not an Eating Disorder

Body dysmorphia isn’t an eating disorder. According to the 2013 edition of the Diagnostic and Statistical Manual of Mental Disorders, body dysmorphia is classed within the obsessive-compulsive spectrum. Its behaviours aren’t about changing the body, or severe dieting – it’s not even about the physical flaw. It’s about the obsessive and repetitive behavior. People with BDD don’t necessarily have an eating disorder, or a problem with food.

Everyone looks in the mirror and wishes that they could change things. I mean, you’ve probably wished for a flatter stomach, or bigger boobs, or a different chin. Typically, though, you won’t be thinking about those things all day every day. You can have a laugh with your friends and not be dreaming of a new nose, for example. People with BDD literally cannot stop obsessing over their flaws, though. It affects everything. You cannot function normally. Nothing makes it better, and no number of compliments could change their mind.

3. BDD Can Cause Other Problems

Body dysmorphia can occur on its own, or can be accompanied by anxiety and depression. Many people with BDD feel suicidal, or have attempted suicide, because of their appearance. They spend a lot of time avoiding seeing people, or trying to hide their flaw. Sometimes body dysmorphia can be misdiagnosed as social anxiety or social phobia, because the symptoms can feel very severe.

4. We’re Not Sure Why It Happens

We’re not entirely sure why some people suffer from body dysmorphia. It could come from abnormalities in the brain structure, making BDD genetic, because it is more common for people to suffer from the condition if others in their family also have it. Alternatively, it could be influenced by your environment. If you have negative experiences which lower your self-esteem, it could lead to body dysmorphia eventually. Tallulah believes her BDD was caused by reading tabloid stories which branded her ugly and criticized her clothing choices. Other common causes are societal pressures to look a certain way, and bullying.

Having BDD isn’t the end of the world. Once the condition is diagnosed, you can access a range of help to get it under control. This is often successful, as long as the patient is open to the idea of getting help. Treatment often includes SSRI’s, which help with the depression, as well as the obsessions and compulsions, and therapy sessions to learn how to deal with your negative thoughts and control your rituals.

BDD is much, much more than just disliking part of your body. It literally takes over your life. For example, you might dislike your boobs. You could even say that you hate your boobs, and you’re embarrassed by them, and cover them up most of the time. You’d probably still wear pretty tops, though, and bikinis, and nice bras. You might not like how you look in them, but you wear them when it’s suitable! If you have BDD, you would never show your boobs. Not in any weather. You’d make sure they were entirely covered, sometimes in multiple layers, and you’d worry constantly that people were looking at your boobs, or judging them. You’d look at them at every chance you had, think about them every few minutes and literally never forget about them. If your feelings are that extreme, about anything, you might have BDD.

If you think a friend or family member is suffering from body dysmorphia, there are things that you can do to help. To start with, don’t feel the urge to compliment the area. BDD makes it impossible for the person to believe that the body part is normal, or that they look fine. They simply won’t be able to believe you. You can offer support, though. Make an effort to stay in contact, and plan activities that might help to take their mind off things. You are unlikely to succeed, but it’ll help with the depression! Be happy to talk about therapy or medication, if your friend wants too, and make sure that they know that they don’t need to pretend to be happy around you all the time.

Body dysmorphia is a real condition that affects a lot of people. It’s about time it got the attention it deserves, so that people can seek help! Do you know anyone with body dysmorphia?