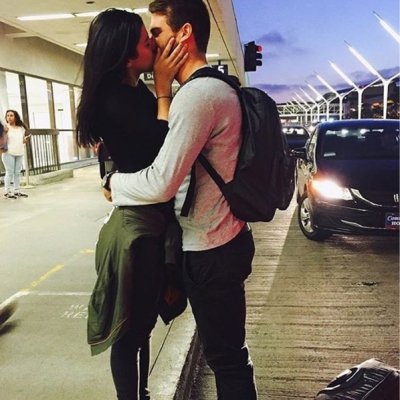 In case you haven’t heard, in August 2015, the FDA approved a so-called “Female Viagra.” Sold under the name “Addyi”, the medication is targeted at women with a low libido. It is described as a sexual desire disorder medication. Is it the answer to some women’s prayers or will it leave them cold? Here’s what you should know about pink Viagra.

1. It Wasn’t Approved the First Time ... or the Second

2. They Still Have Reservations

The FDA ruled that Addyi packaging must display a Black Box Warning, which is the highest level of cautionary labeling FDA mediations can carry.

In fact, is has been likened to an anti-depressant drug and some researchers assume, without having evidence to the contrary at present, that the medication functions by managing neurotransmitters such as serotonin and dopamine, stuff we normally consume with a healthy diet. Both of these neurotransmitters are known to affect our mood. In other words, the drug messes with a girl's brains instead of improving bodily functions in certain areas like Viagra would.

4. What about the Testing?

So far the drug has only been tested against placebos. Only when it is tested against other effective libido-boosting measures such as relationship or sex therapy, counseling, changes in diet/exercise regime, lower stress levels or any other non-invasive ways known to increase female libido can researchers be certain they have created a female "Viagra". According to an article in the New York Times (Pollock, Andrew. “FDA Approves Addyi, a libido pill for women.”), women who took the drug during one trial had an average of 4.4 "satisfying sexual experiences" a month, compared with 3.7 for the women who had been given a placebo and 2.7 before the study commenced. Seen over a month, the women who took the drug recorded a moderate increase in libido in their diaries, but not significantly more than the women who took the placebo.

Who cares? you may say. Most of us think chocolate's better than sex any day! With such a small margin in the drug-versus-placebo study results, any number of other factors could well have been what prompted an increase in libido in these women. Less stress, more sleep, better diet, a more loving partner than usual...

5. Violets and Viagra Are Blue, Addyi and Pretty Posies Are Pink...

Gender stereotyping taken to extreme? Even the color of the pill seems to mock those it is intended for.

Before prescribing Addyi to any patients, all healthcare professionals and doctors are required to watch an online presentation as well as pass a test.

Unlike Viagra, which should and can be taken as and when required, Addyi must be taken daily. In that the drug is very much like Zoloft and Prozac. Not a prospect that will boost any self-respecting gal's libido, surely?

Addyi, when consumed with alcohol, damages the liver and can lower the blood pressure to dangerous levels which can prompt light headedness and lead easily to a loss of consciousness.

9. You Won’t Be Seeing Commercials Yet

The company producing Addyi is not legally permitted to commercially promote their product until 18 months after it has been approved.

10. And Speaking of Its Approval

Addyi became a political hot potato all of a sudden. Several organizations saw the medication's approval as a symbol for feminism, providing women with libido equality. This is, of course, silly. Women already have the same libido level, they're only put off sex by the type of men they meet! Ha ha!

Seriously though, I think anyone who sees this as a potential solution has a lot more research to do because there seem to be many loose ends. It worries me that it is seen as a female Viagra because Viagra tackles a physical problem, whereas Addyi tries to tackle a mental/emotional problem.
What are your thoughts?