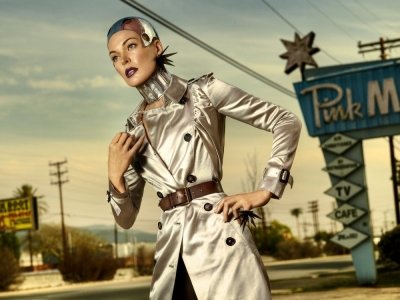 One of the things you shouldn't get annoyed about is events from the past. You can't change what's already happened, so it really is pointless dwelling on it. Letting it bug you years later means you are living in the past, and the only person who will be hurt by that is you. Be cross by all means, but learn when you need to let go and move on.

Sometimes we can't help getting annoyed, but if we only stopped to think about it we would realise that the matter is actually pretty trivial. Yet we get annoyed because someone pushes in front of us in a queue, or we can't find a parking space. Yes, it may show bad manners when someone pushes in, but does it really matter if we have to wait a minute longer to be served?

We tend to get really offended when someone makes a critical comment about us. There are two sensible ways to see these comments. Constructive criticism is worth listening to. Comments that are made out of spite or thoughtlessness are best ignored. What does it matter what other people think of you?

How often do you get annoyed by other people's driving? Unless they actually put you at risk, it's not really worth getting irate. It's far better to concentrate on your own driving and being a safe, good driver. Don't take it personally if someone pushes in front of you or grabs a parking space you had your eye on. It's really not that big a deal.

There must be an extraordinary amount of energy wasted on getting annoyed at other people's online comments. I've seen arguments go on for ages as two posters vie to come out on top. Honestly, what does it matter? You're not going to change their mind, so you're just wasting your time. Let people think what they want and get on with your day.

Getting annoyed can be a useful emotion if it pushes us to make constructive changes, but if we simply cannot change a situation, then annoyance merely makes us frustrated. Save your energy for situations that you can do something about, rather than silently (or not so silently) fuming at the unfairness of it all.

7. What Other People Think on the Internet

If you get upset at personal attacks by internet posters, stop letting it affect you. It really doesn't matter one bit what strangers on the internet think of you. They don't know you, you won't meet them, so their opinion is completely irrelevant. Don't take their comments personally; their attitude usually says more about them than about you.

We can't help getting annoyed sometimes; but we can choose how much we let ourselves be affected. It's usually best to be cross briefly and then let the issue go. Otherwise we're giving trivial issues more power than they deserve. What annoys you the most?