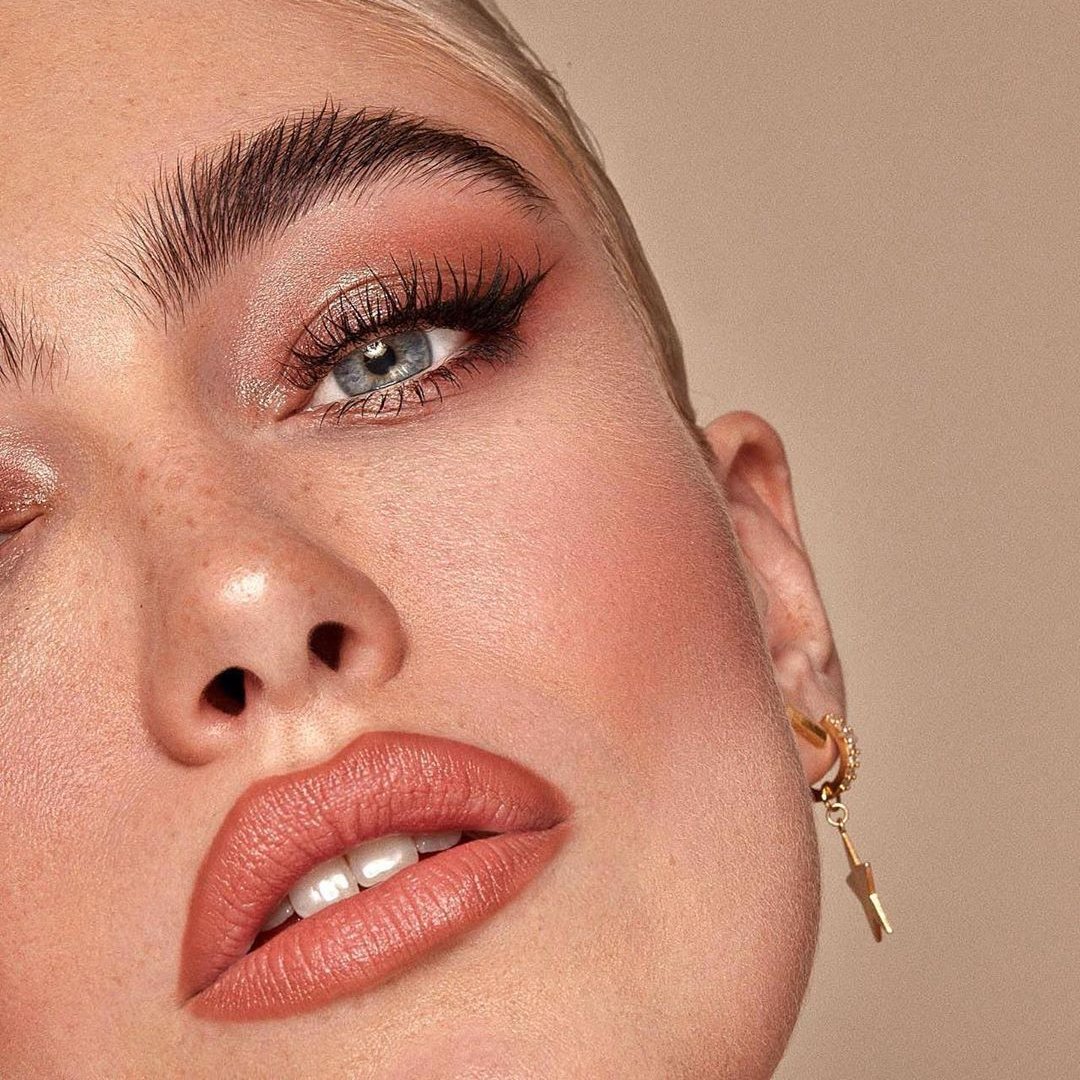 Food poisoning is something I’ve always hoped I don’t experience, and with all the different types of food poisonings out there, and multiple health recalls, I think you’ll join me in fearing this same health scare as well. Food poisoning can be caused by so many things. While animal sources carry a majority of the opportunities for food poisoning to occur, my fellow plant eaters out there aren’t completely void of the scare either. After all, I think we all remember the spinach recall years ago that left us fearing this lovely green on store shelves for about a year. Well, technically any food can cause food poisoning if the right opportunity presents itself for harmful bacteria to occur. I’ve chosen to spotlight 7 of the scariest, and most commonly known types of foods poisonings and their sources, so you’ll know how to avoid getting sick next time you enjoy your favorite meal. Hopefully you won’t fear spinach in the same light again and you’ll understand how these bacteria actually find themselves in your food to begin with.

This bacteria sounds a lot like the healthy seaweed chlorella, but is very, very different since cholera is actually a bacterial infection that is one of the worst kinds of all types of food poisoning. Cholera is found in contaminated waters, which can often be cause by stagnation that causes the bacteria to develop. It is also found in seafood that has come from these waters. So, perhaps you went swimming in waters that were contaminated with this bacteria, or had some seafood that lived in the waters there. This bacteria takes host in your digestive tract and apparently, symptoms feel like something is tearing inside your digestive tract, while dehydrating you to the point of feeling like you’re dying of thirst. Apparently, it does move through your system pretty quickly, and you’ll feel better within a week, but probably be in the restroom a good bit during that week!

Here’s the type of food poisoning we’ve all heard about by now, and the one the famous spinach scare was tied to. E. Coli is known as one of the worst, and most dangerous, types of food poisonings of all, and with good reason. E. Coli is deadly, even if certain treatments are attempted, making it pretty scary and one you’ll want to avoid with every ounce of opportunity you can. Here’s what you need to know: E. Coli is found in mostly ground processed beef produced by the mass industries, but you’re not completely safe if you’re a vegetarian. Vegetables that are improperly cleaned or have been handled by someone carrying the bacteria on their hands can also be a culprit. This means you should always wash your produce multiple times before eating it, and it’s even best to let it soak in a vinegar bath before drying and storing in your fridge. E. Coli poisoning feels like someone has taken a knife to your colon apparently, and can be crippling. It can even cause your colon to release blood and put you in pain for at least a week, but will most likely lend you a trip to the hospital too. To avoid this, be sure you don’t eat rare meat since cooking can usually destroy most bacteria found in meat, and be sure to avoid drinking raw milk, which also carries the bacteria. It is impossible to spot E. Coli on our vegetables or meat, so watch out for product recalls however you can, and wash all vegetables you bring into your home.

This is one type of food poisoning I’ve always been scared I might get, simply because most of the foods I eat are common carriers of this bacteria. Listeria can occur in eating almost anything or drinking anything that was grown, raised or milked, so think dairy, veggies, fruits, sea food, eggs, etc. Many of the healthier foods you can buy are carriers of listeria, but it doesn't mean you should avoid them altogether. Listeria is found in vegetables grown in contaminated soil, improperly pasteurized dairy products or raw dairy products, some canned meats that are contaminated like canned seafood or even in smoked meat. Listeria has a slippery or slimy film, so it is at least somewhat more identifiable than other types of bacteria, but still one you might not see right off hand, or notice at first glance. Eggs are also common carriers of listeria, and seeing the bacteria in your eggs is almost impossible. If you find yourself with listeria, you’ll notice immediate symptoms that can mimic symptoms of the flu or a virus. People with weak immune systems like women who are pregnant, children, elderly individuals, or anyone who has recently had another illness, are all more susceptible to this poisoning. Avoid eating root vegetables that are grown directly in the soil, like potatoes, or remove the peels and cook them well.

I always think of raw chicken when I think about salmonella food poisoning, what about you? Well, although the most famous food for salmonella contamination is chicken, it also lies in eggs, raw meat, pet reptiles, and rodents. Salmonella also can’t simply be wiped away with a hot rag, so if you handle eggs, raw meat, raw chicken or any other living thing that you’re cooking with, please, please, please wash your hands thoroughly with hot water, soap and sanitizer afterwards. Also, spray your counters with either an anti-bacterial spray, or a mixture of vinegar, baking soda and water, which will kill it. Salmonella can be deadly if not taken caution against. It takes its course in the small intestine and will give symptoms of a headache, extreme vomiting and a really bad fever, so be safe and wash those cutting boards too! If you have a pet such as a turtle or snake, don’t handle with raw hands and be sure to keep them in a contained area.

This type of food poisoning is probably less common to you, but still one to be on the lookout for. It causes severe bacterial infection and usually lasts around two weeks. It is found in improperly processed meat that hasn’t been thoroughly cooked, milk, water, and even veggies. Your sweet little pet can also excrete the bacteria through their feces, so whatever you do, be sure you handle that with, um, care I guess you could say, too! Also, even though this is a painful gastrointestinal type of food poisoning and will put you out of your regular routine for a good 14 days, it isn’t deadly. Your best bet in avoiding this type of food poisoning is to buy frozen versus fresh meat, never buy marked down meat unless you trust your butcher, and be sure and wash all countertops after handling different types of food. Remember your food safety when preparing meals in a hurry or while you're multitasking, and don’t allow cross contamination to occur.

Many of you have more than likely heard of a staph infection by now, which is what this type of food poisoning is also called for short. Staph loves to take rest in room temperature food, so all those delicious cooked foods you’ve prepared for your meals that you’re letting cool on your counter are just inviting staph over for a comfy night in. You can’t “reheat” staph away in the microwave when you heat up leftovers either. It is best to let food cool very fast in an icebox or tub of ice, which helps it reach a cooler temperature faster instead of sitting warm on your counter for a long time, and then putting it immediately in the fridge after it is cool. The longer food sits out of a refrigerator, the worse chances you have of getting it. If you go on a picnic, monitor your food and keep ice in your icebox. Never let it get lukewarm. If you do get staph, you’ll know because an hour after you eat contaminated food, you’ll likely suffer extreme vomiting and diarrhea for up to 28 hours. After that, you can feel safe that you’ll be okay, but in the meantime, avoid the whole headache if you can, or um, stomachache, that is!

Fish poisoning is technically known as ciguatera and is found in fish that are contaminated with toxins from coral algae. This bacteria affects more than 50,000 people per year and is unavoidable since there is no way to prevent certain types of fish from eating the contaminated algae in certain waters. Usually, it is only a problem for fish from tropical origins, where the algae is found in the tropic locations. You can’t cook or freeze it away either. Avoid grouper, which is one of the biggest culprits, and don’t try any forms of tropical fish out at restaurants, especially on vacation. This type of infection is serious as it can cause anything from limb extremity issues, numbing your entire body, and it can even lead to neurological effects. The symptoms monitor that of heart failure and multiple sclerosis! Scary, right? Eat the safer kinds of fish that aren’t known to be exposed to contaminated waters, such as trout, wild Alaskan salmon, wild halibut, etc. These are already super healthy for you, and aren't a scary source of this nasty food poisoning!

I don’t know about you, but I’m going to be a lot safer with my food after reading these scary types of food poisoning. Have you ever had food poisoning? If so, how did you get it?