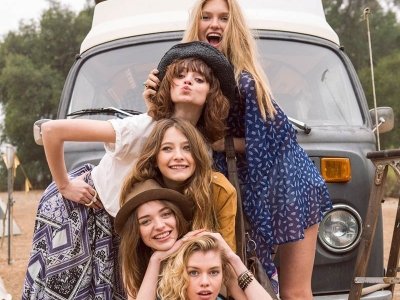 Do you know someone with bipolar disorder? I do, and I see her every time I look in a mirror. I've been treated for it since 2004, although I think it started much earlier than that. Bipolar, also called manic depression, is exactly what the name implies-our moods go back and forth between two extremes without any “outside” cause. For instance, one week I was cleaning the house at 3 am and spending obscene amounts of money; the next, I was yelling at everyone and didn't leave my room for two days. That's mild compared to what some of my friends and family have dealt with. I've had a lot of boyfriends leave me because of it, but having an illness like this is a very good way to tell who your real friends are. If you know someone with bipolar disorder and want to be there for them, here are a few basic suggestions.

There's nothing wrong with positive thinking/exercise/nutrition/etc; in fact, they can be a HUGE help. The fact that you care enough to give advice to begin with means a lot. However, please understand that, for someone with bipolar disorder, these things won't “solve” the problem. The time may come when, despite all our best efforts, we need something more. Even if we do well on medication, we still may have episodes and bleak times. When these times come, make your willingness to help known and let that person come to you. Again, just knowing you care means a lot.

If you're interested in learning more about the disorder (and it's okay if you don't), sites like WebMD or About.com are good places to look. You don't have to be a scholar on it, but having an idea of what's going on with your friend may help. But-

3. Don't Assume Facts Not in Evidence

Meaning, don't automatically assume something is because of the bipolar. One of the things that makes this disorder so difficult to treat is that it shares symptoms with so many other disorders. The symptoms, however, don't replace the normal reactions anyone else has. I'm not mad at my husband because I'm in a phase; I'm mad at him because he broke my favorite mug. She's not hyper because she's manic; she's hyper because she drank four espressos in a two-hour period. Just like anyone else. Think of it this way-remember how much it annoyed you when the boys in junior high assumed every negative reaction was because of PMS? It's the same thing.

4. Understand That It is a Medical Disorder

It is not a character flaw on our part, nor (if your child has bipolar) is it something you did wrong. It is not because of a lack of religious faith or something we may or may not have done. It is not a punishment from some supernatural entity, nor is it the work of same. We aren't doing wrong by anyone by taking medication. I mention these things because I have experienced this sort of judgment before and know how harmful it can be.

Unlike other conditions, treatment for bipolar is not "one size fits all." What works for one person might not for another. There isn't any test that will tell you which meds work and which won't, so we have to learn by trial and error. It's fine to ask questions and mention things that help you, but don't put pressure on someone to try things "your way." Also, telling a bipolar person to go off of their meds in exchange for a "natural" or spiritual healing is EXTREMELY dangerous! If its done in stages with the help of a doctor, that's one thing. But never-I repeat, NEVER-encourage someone to go off of them on their own. Spiritual healing and whatnot is helpful but must be done ALONGSIDE medication, not instead of it. I have had this experience so I know what I'm talking about.

6. Know when You've Done All You Can

Don't feel bad if you don't understand what's going on; heck, half the time we don't understand! I've known people who thought they were a bad friend or parent because they weren't able to heal someone. This is not true. Like I said, even those of us who do well on medication still have episodes where we need professional help. While you may not be able to force them to go, get that person to a doctor, therapist or someone else who deals with these things regularly. If you are seriously afraid that someone is about to hurt themselves or someone else, don't hesitate to call the authorities! If they're unable to defuse the situation themselves, it's possible to have the person committed against their will. I've known people who have had this happen. Your friend may-no, make that WILL-be mad at you, but you did the right thing.

Overall, just have compassion. Don't take abuse or give a free pass for ALL bad behavior, but it helps to know that sometimes it's the DISORDER talking, not them. Remember that however difficult it is to be with that person, it's much harder to be that person.

On behalf of people with bipolar disorder, thank you for reading this article! Like I said, just knowing someone cares can mean everything. What about you? Have you ever dealt with a person who had a disorder like this? By “like this,” I'm thinking of depression, OCD or another problem that can affect the way we live and think. Do you have one yourself and, if so, what has been the most helpful to you? How could your friends best show their support? Let's talk.