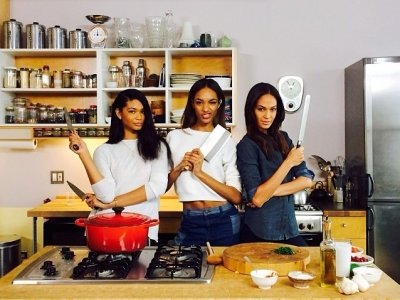 Binging can seem like an imprisoning disorder to suffer from, but there are some ways to deal with binge eating that don’t mean you necessarily have to go on a diet. In fact, diets can actually be the worst thing possible for binging or other eating disorders. Eating healthy is important for all of us, but dieting is a mentality that I suggest anyone shy away from. Taking care of yourself nutritionally is something you should make priority, and that includes avoiding extremism with health. Consider some of these ways to deal with binge eating so you don’t fall prey to the temptation to go on a strict diet day after day after your binge cycles.

This might sound a bit cheesy but one of the best ways to deal with binge eating is to accept you’re not perfect, and accept what you did. Being honest with yourself keeps you accountable, but you don’t need to punish yourself any longer. Binging is a punishment all on its own, and really, just a way to numb yourself. Instead of criticizing yourself, forgive yourself and move on. Be peaceful at heart and just decide to change. You can do this!

One thing that usually sends binge eaters into a spiral is erratic eating. You can’t expect to fight the urge to binge when you don’t eat well. Whatever it takes, be sure to eat something healthy for breakfast, lunch, and dinner, and try not to count calories. Eat until your body is just full enough, and not stuffed. This is the way to eat to live, not live to eat. It also prevents your blood sugar from dropping too low, which can easily lead to binging.

Instead of exercising your guilt away, which will only leave you exhausted and starving, just take a walk. Working out isn’t a bad thing, but doing it as punishment to make up for your binging sins isn’t the way to do it. Instead, take a quiet walk outside, and allow yourself some time to think. Walking is a great way to get out and move in nature, but it is also therapeutic. It will help you deal with your emotions, and it will also boost neurotransmitters in the brain that can help you make better choices.

4. Check in with Yourself

When trying to recover from a binge, really check in with yourself. What does this mean, exaclty? Well, ask yourself what might have led to you binging. Have you been stressed lately? Feeling down? Lonely? There’s always an underlying issue when it comes to binging, and it’s not that you’re incapable of eating normally. That being said, you should remember that binge eaters always have a tendency to binge when something stressful is going on. Be sure to check in with yourself, deal with the real issue, and consider journaling to help sort through your thoughts.

One thing that helped me stop binging was to do the most embarrassing thing I could imagine, and tell my mom. It was tough, but I knew it would help me sort through my issues and hold me accountable. I also wrote about it both on my blog, and in a journal. This helped me get the binging out in the open, and out of the “closet” so to speak, where I would have rather kept it hidden. Binging brings a lot of shame, and talking about it can help you learn to cope with it, rather than punish yourself again and again by repeating the episode later.

One thing I know as a former binge eater is you have to be on guard with yourself, even after you stop binging. For example, when I’m highly stressed, I know not to go into the kitchen and just eat to make myself feel better. It can be tempting, but I make myself find another outlet. I’ve been binge-free and restriction-free for three years now, but I never let down my guard. I know the temptation to binge out of stress will always be there, and you should too. One way to deal with it, is to constantly be aware of it. Eat to prevent binging, and stay out of the kitchen when you’re stressed, even if that means going outside for a walk, or calling a friend and telling them you want to binge.

Yoga saved my life when it came to binging and managing my stress. I realize it doesn’t work for everyone, but usually, some type of stress management exercise will. This could be as simple as journaling, painting, walking, meditation, prayer, or yoga. Anything goes! Finding an outlet to manage your stress is important, and will help keep you from turning to eating to relieve that stress. It also puts you back in touch with your body, which binging takes you away from.

If you’ve ever struggled with overeating or binging, don’t be ashamed! That only prolongs the problem. We all have issues, and the first thing to do is to forgive yourself, and try some of these other tips. Do you have any tips for overcoming a binge?