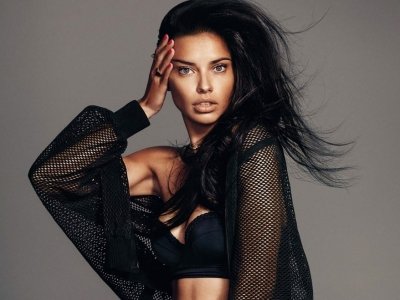 There are plenty of ways to prevent overeating when drinking alcohol and adult beverages. While many of you fear going out because of all the tempting, high-calorie foods, a night on the town doesn’t need to be a night where all your hard effort and work comes undone. Consuming alcohol can trigger hunger and make you overeat—not to mention that alcoholic drinks are loaded with calories as well. To keep your calories in check and prevent overeating when drinking, follow these seven simple tips.

1. Eat a Solid Meal before You Go Drinking

One of the problems many women face is they fail to eat a substantial meal before they go out drinking. I know you want to look extra slim in that LBD, but it’s also important to eat something before hitting the clubs or bars. If you eat something lean like protein and veggies, you won’t feel bloated before going out. You’ll also be less hungry after a night of drinking. Eating a healthy meal before you go out is a foolproof way to prevent overeating when drinking.

2. Stick to a Two Drink Max

When you hit the bar, it’s tempting to instantly order a round of shots for you and your friends. But if you want to keep from overeating later in the night, it’s best to drink no more than two drinks. Not only does alcohol contain calories, but the more you drink the more likely you are to get hungry once you head home from the bars. Prevent this domino theory from happening in the first place by drinking less alcohol to begin with.

Another common problem women face when drinking alcohol is not drinking enough water. Dehydration is another leading cause of hunger, and often you think you’re hungry when really you’re thirsty. Pace yourself by having at least one glass of water for each adult beverage you consume. Not only will this keep you from overeating later in the evening, but it will also prevent a hangover the next day.

4. Stick to a Two Night Max

Besides a two drink max, you should also try adopting a two night max. The more nights you go out drinking, the more calories you consume and the more unhealthy food you’ll end up eating after drinking. Stick to going out at most two nights a week. This way you’ll have more energy during the week, sleep better, and stay in shape. Besides, do you really NEED to go out more than that?

5. Leave the Bar before Last Call

Another strategy you can use to drink less and keep from overeating is to leave the bar early. No one is keeping score and making sure you stay until the bar or club closes. When you’re ready to go home and put on your PJs, there’s nothing stopping you from hailing a cab and getting to bed. Getting home a little early might seem nerdy at first, but it’s actually a great way to still have a night on the town and wake up feeling refreshed the next morning.

I’m sure everyone has been in a situation after a night of drinking when they’re tempted to stop at a local fast food restaurant for a late night bite. This is perhaps one of the worst decisions you can make. Eating high-calorie food late at night could absolutely lead to weight gain the next morning. These meals are also high in saturated fat, sodium, and full of refined oils. Fast food is terrible to eat any time of day, but it’s especially bad to eat at night right before you’re about to go to sleep. Skip the nighttime noshing and head straight home.

7. Make a Healthy Snack Ahead of Time

If you do find yourself starving when you get home, opt for a healthy snack that’s fruit or vegetable based. Some great options include raw veggies with hummus, an apple with peanut butter, or some Greek yogurt with frozen berries. I advise clients that if they tend to get hungry when they get home from the bars, make their healthy snack ahead of time so they have no excuse to eat junk food. Prepping your snack is as simple chopping up veggies before you head out or making a quick stop at the grocery for some yogurt.

Many women struggle with overeating when they drink alcohol. With this list of tips, you have a game plan from the time you leave until the time you come home. What are some ways you stick to your diet, even when you’re out drinking?