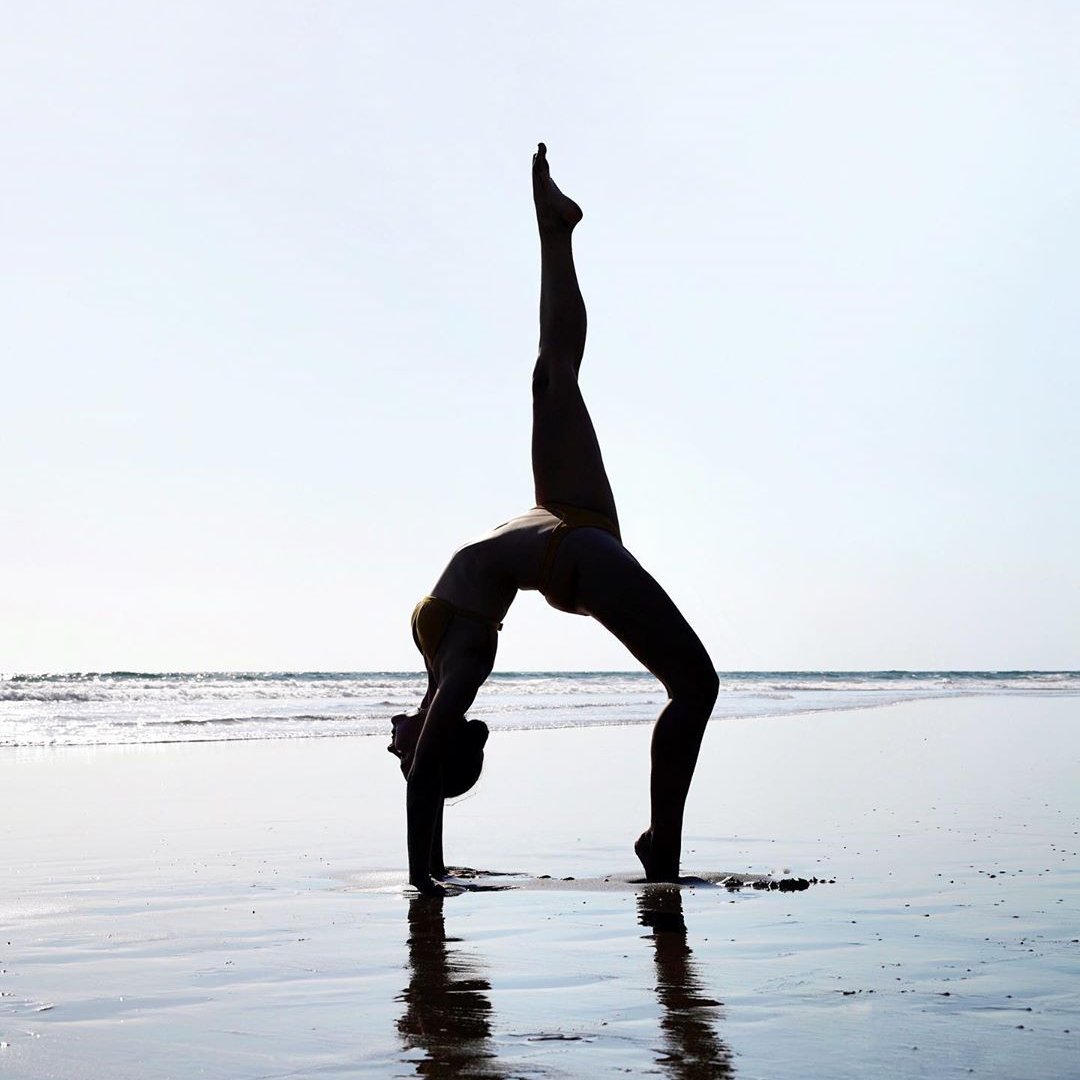 I've lost myself several times in life and self-care through yoga has helped me find my inner self again, time and time again. I have never experienced as much forgiveness and acceptance with myself, as in the times I've spent on my floor in my room during a yoga session. Yoga isn't about what you can or can’t do. Yoga is a way to open yourself up to whatever happens and accept yourself just as you are. It isn’t about burning calories, increasing your heart rate, or increasing muscle mass. Most often, yoga always results in a healthier body, but that should never be the thought in your head while doing yoga. Yoga can actually make you a better person in ways you can’t imagine. Read on to find 8 ways yoga has helped me be a better person, and how it can help you too.

Acceptance is one of the best ways yoga has helped me overcome a lifetime of low self-esteem, disordered eating and depression. How so? Well for starters, when I began practicing yoga five years ago, I did so with a short DVD I got at the store. I had no idea what yoga was, but it looked interesting and I needed something new to do for exercise. I was terrible at it from the get go. For one, I was so weak, that I couldn't hold plank position for more than 10 seconds. Forget doing a shoulder stand! What I learned quickly, was that it didn't matter how good I was, but that I accepted my level for where I was, and knew that progression would come. I loved how yoga made me feel more relaxed, so I kept doing it. Learning to accept my imperfection on the mat helped me to accept my imperfection in other areas of my life. I didn't always have to be the best; I just had to be present.

I don’t like waiting on much of anything. In fact, I despise it. If I have an idea or goal, I want it done then and right then. I hate waiting at the doctor, at restaurants and in the line at the store. I used to allow impatience to eat me alive. Yoga has changed that. Just like I couldn't master all the best poses in yoga at first, I couldn't complete all my goals at once either. I was patient enough to learn to listen to my body and let it guide me on its own terms. I had to wait. That DVD I first started with is still in my yoga DVD library, but I guarantee you that not only is my plank better, but I also mastered that shoulder stand. This all came with patience, time and practice.

You can’t do yoga without being kind to yourself, or you’ll fail miserably. Yoga isn’t as much of an exercise as it is a state of mind. When you do yoga, you have to be kind to yourself, allowing yourself to progress with ease and let go of tensions and inabilities you may face. My past self wasn't kind or accepting of me. In fact, I was completely unable to accept myself as I was. I was sexually abused as a child and always at odds with my body after that. I used to be at war with my body, and wasn't kind to it. I starved it, overfed it, and exercised it to death. I let the voice in my head tell me I was disgusting, unattractive and unworthy. I always felt the need to be better than I was. I realize, looking back, because of this, I wasn't as kind to others as I should have been either. When I started doing yoga, I became more kind to myself with each practice. If my body hurt, I didn't push it. If it wanted to rest, I let it rest. If it wanted to do an extra session, I appreciated my body’s activeness and allowed my body to do more. In essence, I was more kind by listening to my body. This relayed to me being kinder to others and listening more than talking, which is always a good thing. The inner voice in my head began to say positive things instead of negative ones, and my physical voice became kinder to others in the process.

My hamstrings and biceps aren't the only part of me that has gotten stronger through yoga. Let’s talk about inner strength. One of the hardest things I ever went through was my father’s death. His accidental death in 2010 changed me into a depressed monster, who was unable to pick up the pieces of her life for two solid years. A muffled eating disorder resurfaced during this time, and self -hatred became all I knew. In a need to control my life, I ultimately became weak to grief. Yoga didn't change everything overnight for me, but it did help me develop inner strength. Many times, I never wanted to even do a session. I would creep down onto the mat with dread and sadness. Yet, about halfway through the practice, I realized one part of my body was stronger than the last time, and my mood had lifted in a noticeable way. This led me to keep progressing on. I developed an inner strength on the mat that helped to develop strength in my personal life. I learned not to give up- on a handstand or on life.

I may not love the way my hair looks one day, and the next, I may look a little more puffy or my eyes may look a little tired. Other days my skin is glowing, hair is shiny and eyes are beaming with light. The difference between those two extremes no longer makes me feel less attractive or confident in the face of others. I now know that my outer appearance isn't being scrutinized by anyone else except me. No one else notices the puffiness or bad hair, more than likely. I have more to offer this world than looking perfect and so do you! Yoga helped me be more self-confident in the uncertainties of life and in myself

Because of yoga, I no longer care what I weigh. I do care if I’m healthy, mentally and physically. I don’t care that one size of my jeans is bigger than others, and I don’t care if I eat a little more on one day than the next. I’m forgiving of myself. I know that the size of my hips doesn't matter to anyone else, and that a certain size doesn't equal perfection. Previous forms of exercises led me to become obsessed with being thin. Whatever was promised to be the route to weight loss, I was all for it. Then, I found yoga. No longer did I think about what I weighed. I ate in a more appreciative manner and found that in doing so, I was not only happier, but less concerned with the number on a scale or my jeans size.

I’ve been hurt many, many times in my life. While I won’t give you the complete sob story, I will tell you, at some point, everyone I’ve ever loved has hurt me. This is life. I have lost people to death, moves, break-ups and unresolved issues. I’ve lost family due to tragedies, upsets and the like. For awhile, it seemed I had no one but my mother. She was the only one I hadn’t lost. I carried resentment in my heart for myself and for those people. Why had they left me? Why wasn’t I good enough? Because I never forgave myself, I wasn’t able to forgive them. Yoga is about letting go. You can’t do yoga and be stressed. It isn’t possible. In letting go of tension to do yoga, I found that I began letting go of tension in life. I became less stringent and controlling, less hard and unforgiving. I found forgiveness through letting go. This one benefit has made me a better person to the world, and myself.

One of the best ways yoga has helped me is it has lightened me up! Though yoga can be a serious, meditative practice, it also lightens you up. So what if you don’t do the perfect plank or you fall on your face in attempts to doing down dog? Nobody cares and you shouldn't either! Two days ago, I was attempting my first handstand and tumbled on over into my dresser. I simply laughed at myself and got back up again. I didn't care that I messed up, but I was proud of myself for trying. Now I have a bruise on my rear end to remind me to be a little bit more patient on my next handstand attempt and it makes me laugh every time I see it now. My serious side isn’t present with yoga and I sort of love that.