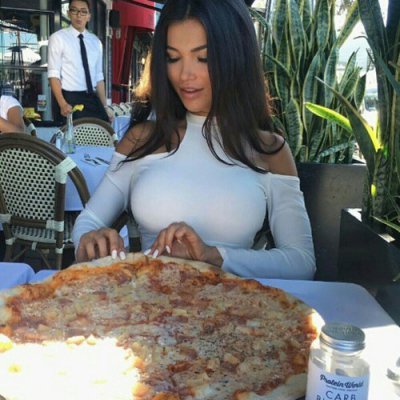 It’s no secret that obesity rates have climbed in the last 50 years. It can be confusing why that’s so. But if you take a deeper look, there are clues as to why people weigh more now than 50 years ago. Here are 7 of them.

We move less now than we did 50 years ago. There are many more sedentary jobs now than there were in the mid-1960s. One reason for that is the boom of technology that means many of us work at desks for the majority of our workday. Technology has improved our world in ways too numerous to count, but this isn’t one of them. Additionally, we also have less recreational time that’s centered around physical activity.

Very rarely do children go outside and play. That’s not true for every child, but it is for many. Playing now equals getting on an iPad or another technological device. And it isn’t true for just children. We often turn to technology for down time instead of choosing something that gives us exercise.

3. We Cook Less and Eat out More

People eat out much more now than they did 50 years ago. There are more restaurants now and it’s just a more common part of our culture. There are healthy options you can choose, but they’re deeply outnumbered by unhealthy ones that tempt us. Cooking at home takes time many of us don’t have. We’re all working more and have less time to make the homemade dinners our moms made.

High cal snacks are widely available. There are vending machines everywhere you turn and grocery store shelves are stacked high with any snack imaginable. Going to the grocery store is difficult if you love tasty snacks, which many of us do. We don’t just get the basics such as bread, milk and bananas; we find ourselves loading up on chips, cookies and ice cream, too. Snacks like that weren’t a daily indulgence 50 years ago like they are now.

There was soda in the mid '60s, but it was more of a treat than a daily (or hourly) indulgence. I think we sometimes forget how high calorie soda is. One can of soda comes in around 150 calories. If you have two cans a day, you’re getting 2,100 calories per week just from soda. That’s pretty astounding when you think about it. Cutting down on soda can equal weight loss for you.

The world is different in so many ways now than 50 years ago and this is yet another one. Most of us drive everywhere. In the '60s, people were more likely to walk to the grocer's and the drugstore if it was a reasonable distance. With less to pull their attention away from each other, families were also more likely to go out walking as a way to spend time together, too. We can change our lifestyles to include more walking now if we truly make an effort.

Drive-thrus are everywhere today. That certainly wasn’t the case 50 years ago! McDonald's didn’t even have its first drive-thru until 1975 and it took several years for the craze to catch on. It’s so easy to swing through and pick up a calorie loaded iced coffee or burger now. Yes, it’s convenient but it’s also a contributor to the high obesity level

These are 7 reasons why obesity is more of an issue now than 50 years ago. Does this article inspire you to make healthy changes in your lifestyle? I’d love to hear from you!