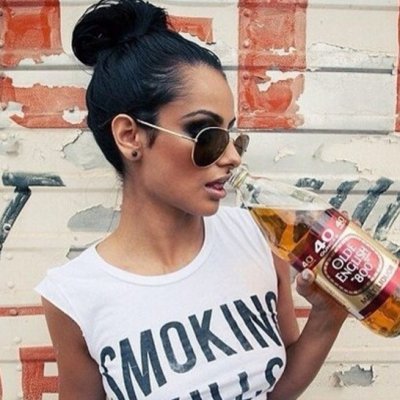 Most of us enjoy a drink every now and then. But when does 'enjoying a drink' become a problem? How can you tell if your alcohol intake is too high? You could be in denial that you're drinking too much or that your relationship with alcohol isn't healthy. Here are some signs that you need to cut down on alcohol …

There's nothing wrong with a few social drinks, but you should be wary if you're starting to drink when you're on your own. And if you only ever drink when you're alone, you should definitely be concerned. Why drink alone; perhaps you don't want people to know how much you're drinking?

Some people rationalise their alcohol consumption to themselves by reasoning that they only drink occasionally. But they could be drinking quite a lot on those 'rare' occasions. The recommended weekly consumption assumes that you're drinking a maximum on each day - it's not okay to consume a weekly maximum over a couple of days. Don't go over the recommended daily limit.

3. You Reward Yourself with a Drink

Is the first thing you do when you get home after a long day to reach for the wine bottle? People often think that they deserve a drink to help them unwind. But this can be risky, as you get into the habit of using alcohol as a coping mechanism. It's also unhealthy to see drinking as a reward, or something you deserve.

Drinking too much can make you more likely to take risks, as alcohol lowers your inhibitions. You may put your health and personal safety at risk, and be less likely to spot dangers. If you've got yourself into any awkward or risky situations because you'd been drinking, then it's time to reassess your drinking habits before you really put yourself at risk.

Moderate drinking won't do you any harm. But if you habitually drink too much, you could find that it's affecting your health. Hangovers aren't a badge of honor, but a sign that you overdid it. Too much alcohol can have serious effects on your long-term health, such as your liver or your heart. Is it really worth it?

Have people complained about your behavior when you're drunk, or does someone seem upset with you but you don't know why? If you've been drinking in their presence recently, you may have said or done something that offended them. If you're drinking enough to upset other people, then you need to cut down.

7. People Are Concerned about Your Drinking

Finally, if people have expressed concern about your drinking, don't dismiss it. Ask yourself if they could have a point. Are you drinking more than the safe limit, or is there a problem with your use of alcohol? Nobody wants to stop you having a good time, but if you need to drink to have a good time … you have a problem.

Alcohol is so much a part of our culture that it can become a problem without us even noticing. You may not actually need to cut it out altogether, but may benefit from reducing the amount you consume - and the number of days you consume it. Alcohol should never be something that you need …