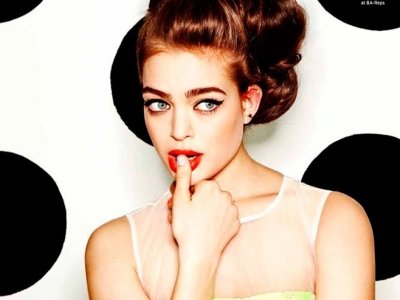 I was sitting in the cafeteria at college one evening when I looked across the table at my roommate and told her I felt the signs you’re having a panic attack getting stronger and stronger. I had a limited history of panic attacks at the time, but as anyone with anxiety will tell you, the more you have them, the more likely you are to have them. It’s a vicious cycle but it doesn’t have to be debilitating. It’s important to learn the signs you’re having a panic attack for your own well-being and that of those around you.

A common sign you’re having a panic attack is a sudden onset of overwhelming panic. For me, my world froze in that cafeteria as the worries set in. It didn’t matter what was racing through my mind per se but rather the extent to which it overtook me. It was as if I was looking through sunglasses and my world was tinted with fear by the lenses. When you feel overwhelming panic like this, it’s important to remind yourself that it will be okay, that this feeling will pass. Come up with a mantra that works for you and keep saying it to keep you grounded until the attack subsides.

When you have a panic attack, you may feel like the world around you doesn’t seem real. I would suddenly isolate, get quiet and keep to myself. Friends noticed that the spark that made me Michelle vanished in a second. It was as if my personality was a switch that someone turned off. Though it is difficult to say something, try to alert someone if you start to feel yourself disconnecting from your surroundings.

Your breathing may get shallow or rushed during a panic attack. Hyperventilation only makes the attack worse. You don’t get enough oxygen to your brain to fight back so try to take deep breaths as best as you can. You may even work on breathing exercises with a counselor or therapist to help get you through your attacks.

Panic attacks often cause trembling or shaking of your body. I suffered from severe panic attacks where my body would convulse in an almost seizure-like manner. You don’t need to be a fish out of water to experience this during an anxiety attack. Slight trembling or feelings of unsteadiness can signify you are having a panic attack. Try to sit down so that you don’t fall and hurt yourself.

A sudden and drastic change in temperature is something to look out for when you feel a panic attack coming on. You may feel inexplicably hot or incredibly cold. The best thing you can do here is accommodate to your new temperature but recognize it as an effect of the attack. You may remove a jacket or put one on, depending on how you feel.

You may experience heart palpitations. It may feel like you are having a heart attack but you aren’t. My heart would always jump around which only triggered my attack even more. Normal levels of stress contribute to a quickened heartbeat, but anxiety attacks may have the illusion that you’re heart is racing endlessly. Take deep breaths. It’ll be okay.

Your thoughts may accelerate to the point where they’re racing. I’ve had panic attacks where thought after thought gets so mixed up and overlapped that I feel as though my mind is mess of spaghetti. Other times my attacks have set on with no sign of racing thoughts at all. You may begin to quicken your speech that will signal to those around you that something isn’t quite right. Try to slow down your thoughts as best as you can by focusing on taking slow, deep breaths or repeating a mantra to help get you through.

Panic attacks are scary and overwhelming, I know that. But they don’t need to limit you. Recognize what the warning signs of your attacks are so that you can get to somewhere safe with a support nearby. What are some steps you take when you recognize a panic attack coming on?