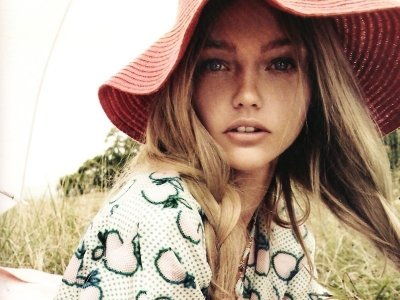 Did you know there are so many tiny things that mess with your mind that you may not even be able to trust your own brain anymore? Imagine a world where nothing is set in stone, where even the smallest change could twist your perceptions, feelings and emotions, or even your core needs and values. Crazy, right? Well, you’re living in it. Read about these 9 common things that mess with your mind and you’ll know what I mean.

1. Music Can Influence the Satisfaction You Get from Food

One of the most obvious things that mess with your mind is music. But it can do so in a whole different way than making you cry like a baby when you hear a romantic song. A study conducted in 2012 in Illinois found that slow, relaxing music can make you enjoy your meal significantly more and actually eat less!

It’s obvious why this happens when it comes to your favorite tune. But the thing is, you could listen to the most boring or annoying hold-music and it will still make you feel like less time has passed than it actually has. According to a study conducted by James Kellaris at the University of Cincinnati, and Robert Kent of Drexel University, published in Journal of Consumer Psychology, this is because your brain has limited input capacity and, when it’s steadily distracted by music, it’s no longer able to notice things around you in detail, including the passage of time.

While it’s known that secondhand smoke is bad for your physical health, you may not know that it can also double the risk of psychological distress (this, according to a study by Dr. Mark Hamer of University College London). And if you’re actually a smoker, you are 4 times more likely to end up in a psychiatric hospital!

4. Stress Can Change Who You Find Attractive

It seems that stress can have quite an impact on our sexual life and can even change who we find attractive. And the most interesting news, my ladies, is that, according to a UK study conducted in 2013, stressed-out men are more likely to be attracted to heavier women than their relaxed counterparts. See what I’m getting at?

To be more precise, according to a study conducted in London’s Science museum, red-colored light made subjects feel that a minute lasted, on average, 11 seconds longer. This may be because red makes you more aware of your environment and this, in turn, slows your perception of time.

A gigantic, 20-year study with 200,000 subjects found that drinking as little as one cup of coffee per day reduces the risk of suicide by almost 50%. It is believed it happens because caffeine boosts production of neurotransmitters and can act as an anti-depressant. Be careful, though, as too much coffee seems to have the opposite effect.

A global study analyzed Google data gathered for 6 years and found that, on the Mondays after daylight savings shifts, the number of people searching for list-based or entertainment websites was immensely higher than in any other day. And most of us are at work on Mondays. By the way, what were you actually supposed to be doing instead of reading this?

8. Even Thinking about Money Can Make You Unethical

A recent US study found that the simple thought of money, without any context (such as hearing words like "cost" or "buy"), is enough to significantly affect one’s moral compass, making unethical behavior seem justifiable. Not very good news, right?

We all know how useful comfort food is in helping us get over a breakup, but did you know that eating can actually make you feel less physical pain? Scientists at the University of Chicago believe we should thank evolution for this. Our ancestors had a very difficult time procuring food and, when they finally did, their brain wanted to make sure they actually get to feed, so it reduced distractions when eating, including pain. Now food is readily available, but our brain still does this, which might be one of the reasons behind obesity. Thanks, evolution!

It’s amazing what the slightest details in our lives can do to our brains, and, many times, the result is not exactly favorable. Do you know of any other interesting things that mess with your mind?