7 Misconceptions about Self-Harm That You Should Know of ...

One challenge I faced when recovering from my battle with self-injury were the misconceptions about self-harm that people close to me believed. Self-harm isn’t the easiest subject to talk about, but silence only makes the problem worse. We need to debunk these misconceptions about self-harm to eradicate the stigma and begin recovery. Because if I know one thing to be true, it’s that recovery is worth it.

Misconceptions about self-harm typically start with the thought that people who self-harm are just doing it for attention. This is far from the truth. Self-harm is fueled by an obsessive to engage in the act and then a compulsion in which you follow through with the act. It's similar to an alcoholic who, when put in a room full of drinks, might relapse. The best way to paint this image is to think of an endless flood of racing thoughts that are screaming at you to self-injure and the only way to satiate those thoughts is to self-harm. It’s not done for attention, but rather as a maladaptive coping skill to life’s triggers.

If someone tells you they either do or have considered self-harming, you need to believe them. Some people I faced wouldn’t believe me until I showed them the scars. It’s a very vulnerable thing to admit in the first place. And making a scene saying that they are making it up, that their pain isn’t ‘that’ bad is not the way to go. Just because a kid in Africa is starving does not mean that your problems are any less serious. 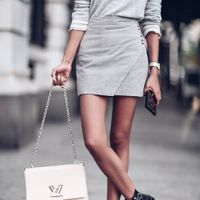 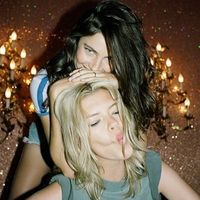 Not all people who self-harm are suicidal. Like I said before, self-harm is a maladaptive coping skill. Imagine when you were young, you learned to cry whenever you were upset. That is a healthy release. Now imagine you grew up in a home where crying or showing emotion was a sign of weakness and so the only way you knew how to release pain was through self-harming. It’s not healthy, for sure, but it doesn’t mean that you are necessarily suicidal. But self-harm should never be taken lightly, so if someone confides in you, you need to tell someone immediately to keep them safe.

There is also a paralyzing fear that accompanies learning someone you love self-harms. You may be thinking, “There’s nothing I can do to help.” But there is! Talk to your friend/child, encourage them to seek help and stick by them. Remind them that pain is temporary, and it will get better. You may not know what to say but if you listen to their calls and support them, it will help them know that you care and want the best for them.

Quitting self-harming is not as easy as it may seem. From my own history, I know that when things get really tight, self-harm urges will come back into my thoughts. But the key is not to get surprised when they do. If you struggle with self-harm, it’s no wonder your thoughts will go there when things go wrong. There are steps you can take to beating self-harm, such as replacing negative coping skills with positive ones. But telling someone to “just stop” is not going to solve anything.

Women self-harm. Men self-harm. Yes, teenagers have a higher rate of self-injury but that doesn’t mean that children and adults don’t engage as well. Again, self-injuring is a maladaptive coping mechanism so anyone can develop it. It doesn’t matter what race, height, gender, age, or class you are. The sooner we break this myth, the sooner more people will reach out for treatment.

There is this image floating around many people’s imagination that self-harm only occurs on the wrists. If there aren’t cuts there, then they clearly must not-self harm. Wrong. Self-harm can be anywhere: hips, upper arms, back, legs, genital area. In fact, anywhere that can be covered is fair-game. So don’t be deceived if someone who self-harms wears shorts and tank-tops in the summer because they might still have scars hidden from view.

These are just a few misconceptions about self-harm that I felt need to be addressed. If you or anyone you know self-harms, say something! It’s scary reaching out for help but I know how rewarding it is to be clean. What other misconceptions do you see?

Is fish healthy for you ...
Is it ok to drink sparkling water while breastfeeding ...
Why is eggnog called eggnog ...
Whats gluecose ...
How to raise sugar levels ...
What part of a cinnamon plant is used ...
How to mark your partner ...
What to eat to keep sugar level down ...
How to reduce glucose naturally ...
How to stand out from every other girl ...