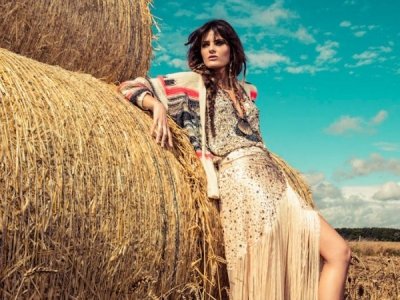 We all dread them and try to keep away from them as much as possible, but did you know there are plenty of reasons why viruses are good and why we should actually thank them? There is an upside to sharing the planet with these merciless little killing machines that shouldn’t be ignored. Here are just 7 reasons why viruses are good that will surely make you see them in a much more favorable light.

One of the first reasons why viruses are good is that they allow the natural transfer of genes between different species, thus increasing genetic diversity and encouraging evolution. Actually, scientists think that they played an essential role in early evolution, way before the diversification of bacteria. The cell nucleus, evolution’s greatest breakthrough, is believed to have come from a virus.

Because they are such simple systems, viruses are of great help in cellular and molecular biology studies, as they can be used to investigate and manipulate the functions of cells. What’s more, they are used extensively in genetics studies, to better understand genes in general and DNA replication, RNA formation and much more (a whole bunch of confusing terms).

3. They Can Kill Antibiotic-Resistant Bacteria

It has been known for a century that viruses can be useful in killing bacteria. For example, in 1917, Felix D’Herelle, a Canadian microbiologist, managed to cure some dysentery patients overnight using a solution that contained bacterium-killing viruses. In the age of antibiotics, this beneficial side of viruses was basically forgotten. Now, what with the sneaky little bacteria becoming resistant to antibiotics, we’re coming back to the good ol’ viruses asking for help. Unfortunately, it is not yet known if bacteria can develop resistance to them as well.

4. They Maintain a Proper Balance in Aquatic Ecosystems

Did you know a teaspoon of seawater contains around 1 million viruses? Have fun swimming this summer! Well, don’t worry too much really, as most of them are harmless to us. However, they’re not so kind on the bacteria hovering around. Plus, they destroy harmful algal accumulations, which very often kill other marine life.

Scientists hope that they can use viruses to treat a large number of genetic diseases. And we’re not very far from reaching this goal. Though early clinical failures have led many to dismiss gene therapy, the successes since 2006 have given birth to new optimism. Actually, in 2012, the first gene therapy treatment was approved for clinical use. So we’re getting there, slowly but steadily!

6. They Can Help with Pest Control

These dreaded little parasites can also be very useful in controlling damaging pests. They are generally employed to infect the targeted pest species and are known to lead to long-lasting effects. Most importantly, they’re known to be far less toxic than the usual pesticides we use. So, say «thank you» to viruses and "good bye" to those terrible little insects ruining your garden!

7. Viruses May Be Able to Treat Cancer

As you’ve most probably already heard, there have been several trials using viruses as a booster for cancer treatment. Even though there’s still a long way to go, the results are promising, some patients even experiencing complete remission. If this little hope were the only reason why viruses are good, I’d still thank them countless times.

Viruses are, as you can see, not all about driving us crazy and making our lives hell. They have been helping us in more than one way and have immense potential. Have you heard of other interesting reasons why viruses are good?