Well firstly – don’t ask a man! Although actually – they are meant to be attractive to men so they do have some role in this, and in fact, men have breasts too. One of the things to know about breasts is what they are. Breasts are composed of fatty tissue held by fibrous connective tissues. Within these tissues are milk-producing sacs (milk glands number between 15 and 25) which converge in the nipple via the milk ducts. On the outside of the breast is the nipple which is surrounded by the areola.

Every woman’s breasts are different. And one of the key facts about breasts is that there is no right or wrong shape or size. The only way to change how they look is with cosmetic surgery, which can enhance through implants or decrease via tissue removal. 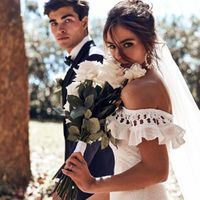 What You Should Know about save the Dates ... 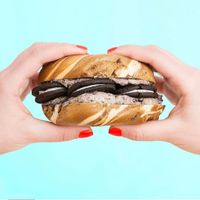 Like breasts themselves, nipples come in all sorts of shapes and sizes. Some might stick out, others might be flush to the breast surface, while others are inverted. Nipples are the most sensitive part of the breast thanks to the accumulation of many nerve endings. The nipples and the areola are also the only parts of the breast that contain muscle fibers, which enable them to become erect.

The areola is the area of darker pigmented skin around the nipple and really is just an extension of the nipple. The areolae too will always be different on every woman. They tend to darken during pregnancy and usually stay darker after the birth. Some women have little bumps in their areolae. This is quite normal – they are oil glands that secrete a lubricant to make breast feeding easier.

Men are attracted to breasts because they are genetically programmed to be and there are many studies that show it is a woman’s breasts that men notice first. Our breasts are an integral part of the whole reproductive process, playing a role in the beginning by attracting the male, during intercourse (sexual stimulation increases chance of conception) and after the birth to feed the baby. Their significance is also a major factor in why our breasts play such a key role in our image.

Another of the sexually-related things to know about breasts is that they do change when stimulated. Typically, nipples will become erect and more sensitive to touch. The areolae swell, also becoming more sensitive, and sometimes veins become visible due to increased blood flow. This might also make them feel slightly fuller and heavier. Did you know that up to 1% of women can achieve orgasm through breast stimulation alone? (Thanks, Cosmo!)

The lady credited with inventing the modern bra is Mary Phelps Jacob, who filed her patent in 1914. The word bra was made popular during the 1930s and is the shortened form of brassiere, which has been around since the late 1890s and referred to the most common type of “bust supporter” worn back then, which was a kind of camisole with boning. But, the concept of the bra is far from modern and women throughout the ages have worn breast support in various forms – right back to Ancient Greece. It is estimated that the average western woman owns nine bras.

The most common bra cup size around the world is B. One of the interesting things to know about breasts is that the average size is increasing. This is being attributed to the increase in popularity in cosmetic enhancement but also in some way to obesity. Both these factors make sense when you learn that in both the US and the UK, the average cup size is not B but D. If you’re interested in how your country racks up, check out this map of average cup sizes: targetmap.com. What is even more interesting though, is that both men and women say that a C cup is the ideal.

A report issued in 2012 by the BMC Medical Genetics Journal detailed a study which concluded that the size and shape of a woman’s breasts is in part due to genetic heritage. Apparently, there are seven genetic markers that determine what our breasts look and feel like.

A well-fitted bra does more for you than just give you a nice silhouette. It’s shocking that up to 80% of women wear the wrong size bra because they buy off the shelf without ever having had a fitting to know what their exact measurements are. It sounds so simple, but you need to wear the right size bra to ensure you have the right support to avoid shoulder hunching, back ache and even headaches.

11 The Law of Averages

According to Cosmo, the average weight of a breast is just under 1 lb 2 oz. This accounts for 4-5% of the body’s total fat.

Wearing a sports bra during exercise is an important factor for your health. Sure it’s about not having your breasts jiggle about, which can be uncomfortable enough in itself, but that bouncing movement can cause strain on the supportive ligaments. Supportive ligaments that have become stretched will give you saggy breasts. You can also suffer from runners nipple if you exercise without a sports bra – soreness caused by friction of the nipple rubbing against fabric.

Did you know that human females are the only mammals to have permanently inflated breasts? By this I mean that although they might alter in size during certain times like ovulation, pregnancy and post-natally, essentially, they are always there, as is. In other female mammals, the equivalent (teats or nipples) are hidden until they have given birth, when they enlarge ready to feed the babies.

One of the interesting facts about breasts is that most women have one breast bigger than the other, and even more interestingly, it is the left one that is usually bigger. You will also find that at certain times during your menstrual cycle, your breasts may also lose more of their symmetry – particularly between days 13-17. This too is perfectly normal and is caused by the hormones released during ovulation.

There are plenty of names for breasts – technical boffins might want to call them mammary glands, but most of us usually refer to them as boobs. Other names include lady bumps, lady pillows, fun bags, bazookas, baps, God’s milk bottles, jugs, knockers, rack, puppies, tits, and boulders. And then, there’s a huge great long list of slang names that reference size, like bee-stings and melons. There are probably in excess of 150 names for breasts and that doesn’t include “local” ones.

As we age, the collagen and connective tissues in our breasts that keep them perky and firm get replaced by fat and our breasts will droop. Unfortunately, it’s one of the facts about breasts that we all have to live with and even a healthy diet and regular exercise cannot totally defy the aging process. It can be so tempting to go braless but save this for special occasions – your breasts are so much happier when they are being supported.

And, on the issue of droop, you can exercise all you like, but it will do nothing to maintain the firmness of your breasts. Quite simply , the breasts do not contain any muscles, so there is nothing to develop. Toning the pectoral muscles around the breasts will help with keeping them pert though.

I’m now going to share one of the facts about breasts that might just make you smokers out there give up – and if it doesn’t, I’ll pin my hopes on the fear number 20 can create. The breasts of smokers are more likely to be saggier than those of non-smokers because the nicotine and other toxic chemicals in cigarettes break down elastin.

If you have a passion to learn everything there is know about breasts shapes and sizes and bras, head to the Hong Kong Polytechnic University where you can take a degree in bra studies.

OK girls, this is no joke and is the reason why you absolutely must learn how to examine your breasts. Here’s a video if you don’t know how:
youtube.com
It may seem like a small number when I tell you that 40,000 women in the US die from breast cancer every year, BUT this figure excludes the massive 230,000 who are diagnosed with the disease. The mortality rate is low because diagnosis is being made more quickly and easily and treatments have improved. If you find a lump, according to probability, it will most likely be a cyst, but don’t just ignore it, or assume it is a cyst – seek medical advice. I know it’s not a very cheery subject but it is important to be informed.

I hope you found these things to know about breasts interesting. I’d love to hear your questions if you have any or just leave a comment on anything breast-related.

Is kefir good for you? ...
How do chia seeds help you lose weight ...
How to fat your face ...
What type of lips are the most attractive ...
How to tell someone you have your period ...
What foods are good for headaches ...
What is apple butter for ...
Quotes all we have is now ...
How long is yogurt good past expiration ...
What to replace yogurt with in a smoothie ...