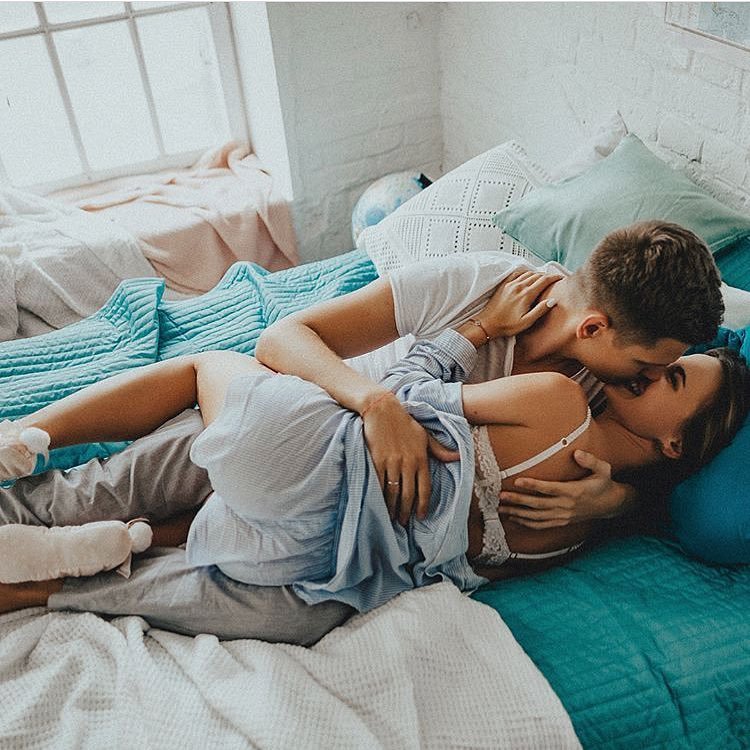 Did you know one of the main reasons to get more sleep is because it’ll help reduce sickness? Your body actually repairs itself during sleep and if you don’t get enough sleep, your body won’t have enough time to recuperate from the day before. Your immune system won’t be as strong as it could be if you don't get your full 8 hours each night! So get to bed on time!

Another great reason to get more sleep is that it improves your sex life, and who doesn’t want that?! One of the reasons why many women report an unsatisfactory sex life is because they’re usually too tired. When you get enough sleep, you’re more active and willing to make love to your significant other! Men actually have lower testosterone levels when they don’t get enough sleep, so don’t forget to relay this message to him!

Have you ever been hungry at 12am, so you popped open the bag of chips, then later that night at 3am you realized you needed to catch up on your show, but you got hungry again so you ate the leftovers from earlier? Did you know that by 6am you would’ve gained about 3 pounds!? Sleeping eliminates the midnight munching problem, thus keeping your weight and diet under control!

I know you’ve heard of beauty sleep! Have you ever wondered why it’s called beauty sleep? Well, there was a study done in London where the researcher took photos of people when they got 7-8 hours of sleep; then took photos of them when they were sleep deprived, and oh boy, was there a difference! When the subjects didn’t get enough sleep, they looked bad! The ends of their hair were split, their nails were brittle, their skin was washed out, and there were huge dark bags under their eyes! If you don’t want to look like that, get your sleep!

Have you ever been crabby in the morning due to lack of sleep? When you get more sleep, your stress levels drop, and your body is energized and refreshed, making you feel less crabby and more joyous! People who get around 8 hours of sleep report that they feel great, and they have a positive mood more often than not! Happy people are happy because they get enough sleep!

More sleep helps your cognitive functioning. People who don’t get enough sleep have a hard time thinking clearly. They are usually fuzzy and cloudy minded. They also have trouble with decision-making and memory. In a study, researchers tested a middle-aged woman who didn’t get enough sleep, and her mental functioning was that of a senior citizen! Don’t get old before you have to! Sleep well and your mind will be clearer!

7. Sleep Will Help You Live Longer

Overall, getting more sleep will help you live longer. Many cases of heart attacks, strokes, cancer, and other terminal illnesses have been linked to lack of sleep! Who wants a sudden heart attack all because of a few hours of extra late night television or surfing the web? Get a good 8 hours of sleep every night and reap the benefits!

It’s so important to get enough sleep, especially since there are so many health problems that are linked to lack of sleep! I hope you’re convinced! Did you find these reasons to get more sleep helpful?