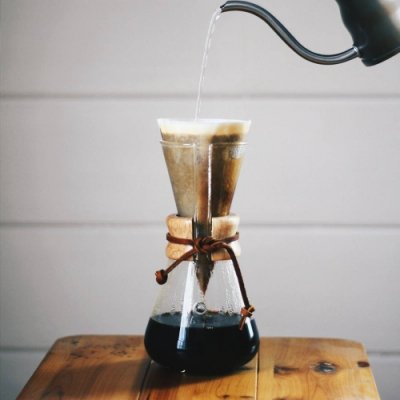 If you’re a caffeine addict, you might be in for some good news. It turns out that plenty of research has shown that there are several benefits to your daily latte habit. The trick is not to suck down so much that you can’t sleep at night. The results of these studies show that moderate amounts of caffeine allow you to reap the rewards, but that going overboard won’t be good for you. Here’s why you don’t have to feel guilty if you want a second cup of coffee in the morning.

1 Coffee and Tea Are Loaded with Antioxidants

Antioxidants are found in varying amounts in most plant foods. That includes coffee beans and tea leaves! The reason you need them is because antioxidants help battle free radical damage in your body. This helps protect you from various health problems, including heart disease and cancer. So each time you sip a cup of joe, you’re doing something wonderful for your health.

You know the feeling a jolt of caffeine can give you in the morning, right? It’s time to stop feeling guilty about that. You can safely chug a couple of mugs of coffee or tea first thing in the morning so that you can face the day. Just go easy on the sweet, sugary options because they are usually loaded down with calories and sugar that can lead to weight gain and other health complications.

WooHoo! This is because caffeine can help boost your metabolism, which aids in a higher calorie burn, leading to the loss of fat all over your body. I wouldn’t rely on caffeine alone for weight loss, however. Especially if you’re getting your caffeine from soda or other sugary drinks. But a cup of black tea before a workout is a great idea!

4 Get a Better Workout with Caffeine

Speaking of a workout, caffeine has been proven as a good way to boost your performance. When you get some caffeine in your system, it activates your nervous system so that your body can more efficiently break down body fat. The caffeine also gives you the energy you need to bust an hour on the treadmill or a couple of deadlifts with your body weight on the bar.

5 Lower Your Risk of Parkinson’s with Caffeine

Parkinson’s is caused when certain neurons in your brain are killed off. The symptoms progress with the disease, getting worse over time. Studies show that people who drank caffeine, usually in the form of coffee, were able to lower their risk of developing the disease dramatically. In fact the numbers estimate up to 60%!

When you get your caffeine from coffee, experts say you can reduce your risk of both mouth and throat cancer. Tea drinkers can also slash their risk of developing cancer due to the antioxidants in tea leaves. Just be sure you aren’t using too much junky fillers (syrups or creams) or you could be negating the health benefits. Another more recent study found that caffeine might also cut your risk of skin cancer.

Several studies have found that people who get caffeine on a daily basis are at a lower risk of committing suicide than those who avoid it. The study used coffee as a means for delivering the caffeine, but the benefits may also extend to tea. While caffeine should never replace traditional treatments for mental health issues, you could talk to your doctor about its benefits.

How much caffeine do you get every day? Which of these benefits is your favorite?