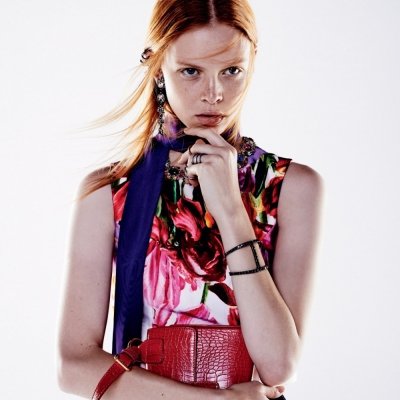 With all of this craze about the Ice Bucket Challenge, there are some important things to know about ALS - the disease that the challenge is raising money for. So far, the Ice Bucket Challenge has raised over $100 million for the charity, but if you’re still left wondering just what ALS is, then read on. These are 7 important things to know about ALS.

This is perhaps the most important of all things to know about ALS - ‘ALS’ stands for Amyotrophic Lateral Sclerosis, and is often referred to as ‘Lou Gehrig’s Disease’. It affects the spinal cord and the nerve cells in the brain, diminishing the connection between the brain’s motor neurones and the spinal cord, and in turn, diminishing the brain’s interaction with the rest of the body, causing eventual paralysis.

2. How Many People Suffer from It?

In the United States alone, around 5,600 people are diagnosed each year with ALS. Statistically, there is a 2 in 100,000 chance of contracting the disease, and it is estimated that at any given point in time, there are around 300,000 people in America suffering from it. ALS can strike anyone at any time, and is not more common in any one racial, socioeconomic or ethnic group.

The short answer is that nobody knows. Scientists are not sure of the cause of this horrible disease, nor why it affects some people and not others, and this is why it is so difficult to come up with effective treatment. This is where a lot of the money raised for ALS goes - to help find the cause and, in turn, find a cure.

4. How Does It Affect the Body?

The first symptoms of ALS are generally things such as cramps, stiff muscles, slurred speech and difficulty chewing food and swallowing. As the disease progresses, muscle weakness will spread around the body, and eventually those suffering will not be able to walk, stand or eat properly. They will have difficulty breathing, eventually having to rely on a ventilation system. After a while, the body will become paralysed and the person will die.

5. Can You Overcome ALS?

Unfortunately, no. There are different treatment options, but there is no cure for ALS, and the average life expectancy for someone diagnosed with ALS is around two to five years. That being said, there are people with ALS - around 5% of those with the disease - that can survive for over 20 years after diagnosis.

There is a range of different drugs available to people who suffer from ALS. There is a very important drug called Riluzole which appeared in 1995 that helps to ease the symptoms, particularly difficulty with swallowing, and also extends the amount of time before a patient is reliant upon a ventilation system. Speech therapists and physiotherapists are used, and there are range of pain-killing drugs available to the patients.

Donating money is a very important part of helping out in the fight to find a cure for this disease. Whether you’ve done the Ice Bucket Challenge or haven’t, any donation, big or small, goes a long way. If you can’t afford to donate, it is also important to simply spread awareness - the more people aware of this disease and what it is, means the more people who may potentially donate.

I hope this article has lead you to learn something about ALS and what it is - while it is wonderful that so much money has been raised for research, it is also important that people really know about the cause they are donating to. What is something you’ve learned about ALS?