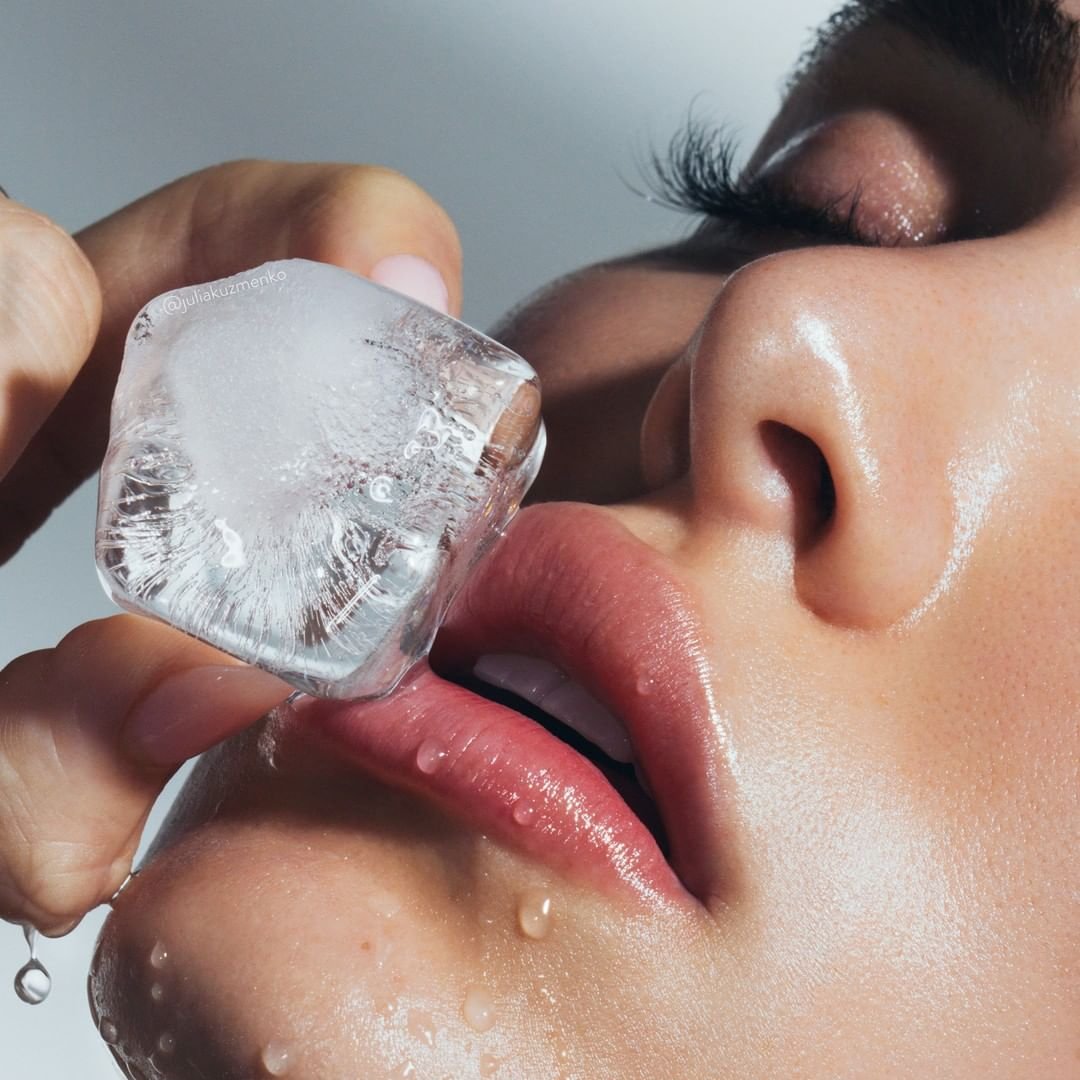 Looking into the strange addictions that many suffer from is interesting and often times shocking. Addictions that manifest in an odd way are usually the result of an underlying cause, such as a nutrient deficiency or psychological disorder. There is no need to be scared or feel weird if you suffer from a strange addiction because help is more than available for those who seek it out! Remember, if you see someone who may exhibit strange addictive behaviors, make sure you don't ridicule or pass judgement on them, but express your concern for their need to get help and offer your support in their path to recovery. With that being said, here are 7 totally strange addictions that you've got to check out!

One of the fairly common and nearly harmless strange addictions is Ice chewing, or Pagophagia. Ice chewing is a pica craving where people are addicted to chewing ice. This addiction is usually associated with iron deficiencies as ice tastes better to an anemic person. Pagophagia is seen in pregnant women and children, and is usually a short-lived phase. If you're addicted to eating ice cubes, you might want to get checked out for possible iron deficiencies or some other underlying issue related to stress, anxiety or depression.

Hair pulling is an impulse control disorder also known as Trichotillomania, and is severe enough to be noticeable by everyone else. The person suffering from this disorder has the irresistible urge to pull out their hair mainly from their scalp, eyebrows and eyelashes. They may feel relief and even pleasure after pulling out their hair and may be inclined to inspect the roots, pull the hair through their teeth, chew on the hair and even eat their pulled out strands. Often times Trichotillomania is associated with other disorders such as extreme anxiety and depression.

Craving dirt, aka geophagy, is actually most common in pregnant women and children. Normally when people crave a non food item (aka Pica cravings) it's probably because of something their body is deficient in like iron or other minerals. It could also be linked to natural instincts because clay acts a barrier in the intestines to prevent the entrance of bacteria and viruses, and who are among the most vulnerable to pathogens but pregnant women and young children. If you do suffer from a pica craving, make sure you talk to your doctor and get tested for any deficiencies you have, as well as learning the methods for safely controlling your cravings and addictions.

This is a relatively new addiction but it falls under the same category as "Body Dysmorphia" which is an obsession with one's appearance with an imagined negative perception of physical flaws. This can manifest through eating disorders, addiction to exercise, and now more recently, addiction to tanning. Obsessive tanners are addicted to the appearance of tanned skin, the rush of endorphins experienced from the tanning bed (absorption of Vitamin D through UV exposure, mainly from the sun but also experienced in a tanning bed, causes a burst of energy and endorphins), and the relaxation of the tanning experience. Even in light of all the evidence surrounding skin cancer, it still doesn't prevent people from overusing tanning salons.

This is also known as "screen time" addiction, where someone is completely engrossed and obsessed with checking their phone for messages, alerts and email notifications. I think all of us can agree to having some sort of addiction to technology, but people who are truly addicted will hear phantom rings and vibrations that don't actually happen. It stems from having an obsession with feeling important and valued, so the more alerts received essentially fuels that desire to be needed.

6. Having a Romantic Relationship with an Inanimate Object

I recently saw a short video clip from TLC's "My Strange Addiction" where a man in his late twenty's had been in a romantic, obsessive relationship with his car! For 5 years this man talked to, frequently told he loved, took care of, kissed and had "intimate moments" with his car named Chase. There definitely are worse things to be addicted to, such as physically harmful substances, but to love an inanimate object is definitely up there when you think of strange addictions!

Clearly this is the strangest craving on this list! Aired on an episode of TLC's "My Strange Addiction", a young 22 year old women has suffered for two years from an addiction of smelling, tasting and sucking on pee-filled diapers! She carries them in her purse, tastes them while she cooks and leaves them all over her home, according to her fiancé. Obviously this is not a common addiction, but talk about strange (and gross!).

These are all addictions that may seem slightly humorous or shocking, but people really suffer from them. If you feel like you have an addiction, strange or otherwise, it's important that you seek the help and support you need! Most likely your family and friends will be more than supportive and willing to help you in any way they can. In what ways have you experienced strange addictions with either your own personal experience or from people you know?