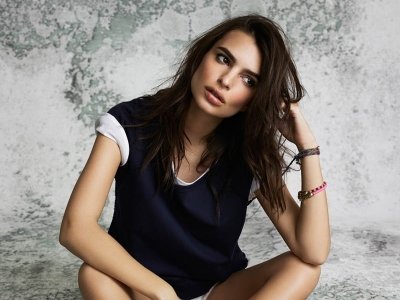 Much research is being undertaken to investigate the causes of IBS, as triggers can vary from sufferer to sufferer. It is one of the most common digestive problems and typically affects younger people. The causes are largely unknown but stress and diet are thought to be triggers. It can be unpredictable, debilitating and painful for many sufferers. Diet wise, wheat bran and pulses are best avoided for the IBS sufferer and a diet rich in fruit and vegetables and live natural yoghurt is recommended.

Indigestion can be quite a painful digestive problem and it's often caused by eating quickly. If you suffer from this on a regular basis, it's best to avoid acidic foods and items such as raw onions, fatty foods, fried foods and chili peppers. Alcohol is best avoided too. Fibre rich foods such as brown rice and vegetables and wholemeal bread can ease the problem, as can consuming beer made from hops or Angostura bitters half an hour before a meal. This will help stimulate digestive juices.

This is something which affects most people from time to time and there are particular foods which are best avoided if you don't want the 'botty coughs.' Pulses such as beans and lentils should be reduced, as should vegetables such as cabbage and Brussels sprouts. Foods which can help, though, are live yoghurt, herb teas such as fennel and of course, peppermint and seeds which you can add to your cooking, such as sage, fennel, thyme and caraway.

Thankfully I have not had the misfortune to suffer from this but I know people who have and it's not pretty. Gastroenteritis is an infection of the stomach and bowel and the common causes are the vomiting bug (norovirus) and food poisoning. The best way to treat gastroenteritis is to drink plenty of water to replace the lost fluids and eat foods such as bananas, boiled white rice, dry white toast and apples.

Inflammatory Bowel Disease (IBD) is inflammation of the lining of the colon and affects the amount of nutrients absorbed during digestion. One example is Crohn's disease. Foods which contain insoluble fibre, such as wheat bran, sweetcorn, nuts and seeds, are best avoided as they can't be digested in the small intestine. Foods such as porridge, lentils, watercress and apples are recommended and for those suffering from Crohn's, foods rich in vitamins B, C and K, calcium and magnesium are recommended.

Sufferers of this disease have an adverse reaction to gluten, which is found in some cereals and wheat. It is a digestive and autoimmune disorder and symptoms range from dermatitis to even seizures. It is thought that both genes and the environment can play a part in the autoimmune condition but research continues. Fresh fruit and vegetables, pulses, nuts, rice and potatoes are foods which are recommended for the celiac disease sufferer.

Diverticular disease is one of the most common digestive problems and affects the large intestine. Small bulges develop on the lining of the intestine, which in turn become inflamed or infected. Symptoms include bloating and lower abdominal pain. It's more commonly associated with ageing and a high-fibre diet is often recommended to ease the symptoms. The condition is often described as a ‘western disease’ due to the fact that the rates are high in western European and North American countries, however they're much lower in African and Asian countries. Our diet is thought to be the reason for this, as people in western countries tend to eat less fibre.