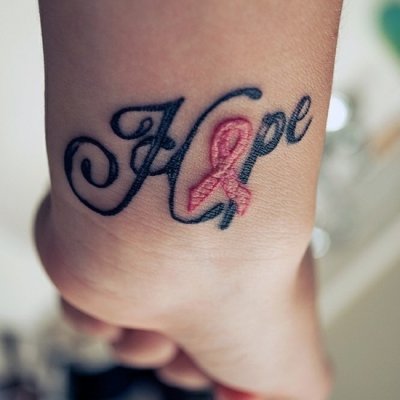 Breast cancer tends to make headlines throughout the year, but no more so than it does when it gets close to October, which is Breast Cancer Awareness month. While there is a lot of great information about breast cancer, there are also a lot of myths going around that will scare you unnecessarily. Fortunately, top doctors have worked to help you understand the true risk and causes and forget about all the hype that isn’t really true. Here are some myths that have been totally debunked.

1 Even if No One in Your Family Has Breast Cancer, You Can Still Get It

Some women assume that if you have no family history of breast cancer, then you are safe. That’s simply not true. However, experts at Health magazine say that up to 70% of breast cancer cases aren’t contributable to genetics. However, if you do have family members who have had breast cancer, your risk does go up, when compared to the average woman.

Here it is straight from the expert’s mouths: wearing an underwire bra does not cause cancer. Some people have said that tight restrictive underclothes can suppress your lymphatic system, encouraging the growth of cancer cells. Scientific research has debunked this as an urban legend.

So not true! If you’ve decided to have your breasts enhanced, you don’t have to freak out that you’re going to get breast cancer. According to the experts, the breast implants don’t increase your risk of developing breast cancer. However, they can make it hard to detect tumors or lumps through traditional testing, such as a mammogram. If you have breast cancers, make sure you tell your doctor so that extra care can be taken to watch for possible issues.

You’ve probably heard the myth that says that if you wear antiperspirant, your risk of breast cancer goes up. The American Cancer Society calms the nerves of women everywhere by saying this isn’t something you need to be concerned about. However, more research is being done on this issue, but for now, experts say it’s perfectly fine to wear antiperspirant.

Your risk of breast cancer is not at all influenced by the size of your breasts. This myth have started because women with larger breasts don’t always detect a lump until it has grown large enough to be a scary issue. That being said, you should be paying attention to your own breasts, small or large, so that you can report any changes to your doctor right away.

6 A Lump is the Only Indicator of Breast Cancer

While most women are altered to breast cancer when they feel a lump in their breast, that isn’t the only thing to be on the lookout for. Experts say that swelling, dimpling, pain, a retracted nipple, scaly skin on your breast or nipple discharge that is not breast milk, are also symptoms that should be checked out immediately.

7 Caffeine Can Cause Breast Cancer

Don’t freak – you don’t have to quit drinking coffee or tea. In fact, some studies show that caffeine can actually have a positive effect on cancer. You don’t want to drink tons of caffeine because it can cause restlessness and make it hard to sleep, but don’t worry if you indulge yourself.

What other breast cancer myths do you know about? Were any of these a relief to find out?