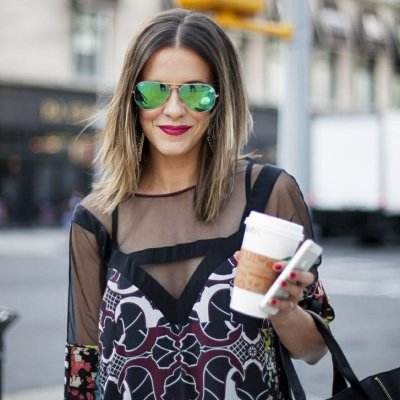 Ever since the discovery of DNA molecules as the main building blocks of life, there have been many myths and facts about DNA being claimed, confirmed and dismissed, as science continues to seek the truth about what we’re really made of as a species. While some facts about DNA have faded into the background, newer, amazing discoveries emerge all the time, making us see that we’ve only scratched the surface in understanding how this molecule really works.

One of the most interesting facts about DNA has to do with its "longevity." An international study published in 2012 has revealed that, in ideal conditions, DNA can survive for over 6 million years – but it will probably become unreadable after about 1.5 million years. So well-preserved DNA cells could still be cloned a long, long time after one's death, pointing to some interesting practical applications that could allow humanity to survive even after a global cataclysm in the near or far future.

The uncoiled length of the complete human genome can be calculated at around 102 cm or 40 inches. Considering the fact that there are about 37 trillion cells in the human body, the total length of all the uncoiled DNA in the human body would be about 5 times the distance between the Earth and Pluto.

A quite incredible fact about DNA is the remarkable balance between its fragility and the resilience of the human body’s design that shows just how complex and challenging even mere survival can be. Each cell in the human body is estimated to be damaged about 1 million times per day, and normally this should quickly lead to cancer or cell death. However, the body has a complex and intricate defense system that constantly repairs and restores damaged cells even without our knowledge.

Have you ever wondered why chimps are so smart? Geneticists have found that, despite having evolved differently over tens of thousands of years, chimps only differ from us by two chromosomes. Actually, it is believed that 99.4% of their genetic makeup is identical to human DNA. Some scientists even think that, in certain circumstances, interbreeding might be possible!

One of the more unique facts about DNA you probably haven’t heard of is that it can successfully be used as digital storage media. In fact, scientists are already able to store up to 700 terabytes of data (over 300 lbs worth of common hard drives) on a single gram of DNA through the use of costly sequencing technology.

6. On the Path to Immortality

Californian researchers have recently made an important breakthrough in studying DNA’s relationship with the human aging process. They claim to have found an internal “body clock” which is able to measure and possibly influence the effects of aging on human tissue – a discovery that, in the future, could be the basis for anti-aging treatments that would extend human life far beyond the average lifespan we’re currently used to.

Thought calling someone a Neanderthal is an insult? Well… check this out! There is a link between human and Neanderthal DNA that researchers say was brought about by interbreeding between the two species some 50,000 years ago. Recent studies show that modern Homo sapiens have at least about 1-4% Neanderthal DNA. Also, a 30,000 year old skeleton discovered last year in Italy is believed to be the lovechild of a Neanderthal female and a Homo sapiens male, as its jaw indicates.

These are a few of the most intriguing DNA facts researchers have found, and there are probably a lot more out there than we can even imagine. Have you read about any other interesting findings related to DNA lately?