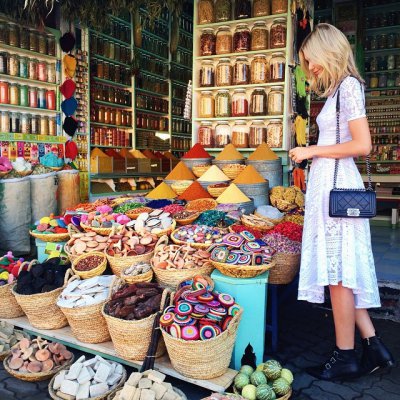 Herbs are not just magic little plants that change a dish to delish. They are also nature’s medicine. They are powerful in many ways that look after your body and promote health. And there are some that can be described – according to medical evidence – as life prolonging.

Garlic is brilliant because it can help to control both high blood pressure and the risk of heart disease, and has even been seen in some instances to protect against certain types of cancer.

Much used in the West, dandelion is another great herb for lowering blood pressure and keeping it under control.

Hawthorn is another great herb for lowering blood pressure, and it can also keep your arteries nice and open and can reduce a worryingly fast heart rate.

This lesser known herb (which is a tree resin) is something of a wonder food when it comes to cholesterol, being proven to reduce ‘bad cholesterol’ before it reaches the blood.

Popular all over the world, Echinacea is very effective at fighting bacteria and subsequently boosting the immune system.

An age old herb remedy across Europe, horse chestnut can strengthen your veins and capillaries and helps to reduce swelling, which all in turn reduces the risk of heart disease.

Not only is cinnamon delicious, it has been proven to be able to strengthen the circulatory system by reducing blood sugar levels and regulating a healthy cholesterol level.

Angelica root is perfect for people who suffer from a weak heart, as it works to strengthen the circulatory system.

Elderberry is a wonder natural remedy that has been proven to be able to prevent symptoms of flu, which is a malady that can be dangerous for many people.

Similar to the angelica root in its properties, coriander has the power to improve the cardiovascular system and give you a much needed energy boost.

Cayenne has historically been used to slow the rate of bleeding in an injured person, and it works by making blood vessels much more elastic.

Nettles aren’t just those pesky leaves that can sting you if you aren’t paying attention! Used especially as a tea, nettle can be very effective for easing the symptoms of maladies such as hay fever and arthritis.

This medieval sounding herb has been prevalent in natural medicine for centuries, and contains something called leonurine which relaxes the muscles of the heart.

It might sound like something out of science fiction, but gynostemma is effective at healing wounds and making the heart stronger by improving the circulatory system.

Once popular in ancient China, this is a powerful herb that can help to strengthen the immune system overall.

Admittedly not as serious an issue as blood pressure or heart disease, but andrographis has been cited as a powerful remedy for fighting the common cold!

Used widely across Asia, kelp has been known to help cure various infections due to its incredibly high iodine content.

What are your thoughts on natural medicine and healing? Do you use herbs and spices regularly?